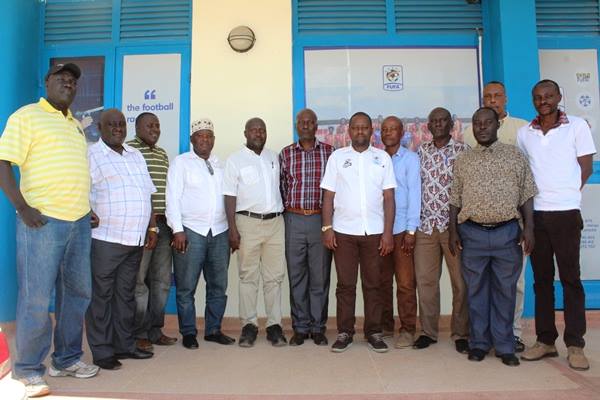 There are less than 4 months to the long awaited FUFA elections slated for August 2017.

The mood is tense and the political barometer is surely rocketing at lightening pace as the different delegates are soliciting their respective electorate for that much treasured ticket.

Two out of the eight football regions in the country – West Nile and Kampala have come out openly to express their love, passion and full support for the incumbent FUFA President, Moses Hashim Magogo.

Darius Mugoye is currently the second vice president to Magogo and intends to return as a Kampala Region delegate once again.

In an exclusive interview with Kawowo Sports on Saturday, the football mad administrator, also director at fast rising St Mary’s S.S Nabweru testifies the governance of FUFA under Magogo has been incredible and thus deserves another 4 year term.

Considering the achievements made in the last four years, its just fair that we maintain the status quo so as to consolidate the aforementioned.

We as Kampala region unanimously agreed to rally behind the incumbent.

Kampala Region Football Association joins West Nile in declaring their support for Magogo seeking for re-election for the top most football position in Uganda.

“We are supporting Magogo’s candidature.He needs another team to reinforce the football structures. We believe the future is bright with what we have seen already under his administration,”Sande Moni one of the delegates added.

Harunah Mawanda missed the meeting as he was attending the FIFA Member Association referees and assessors’ course in Njeru.

Football politics is equally important to all regions and the FUFA Member associations (32 of them).

Kampala being the capital city has always dedicated the terms and trend almost in every aspect – football inclusive.

Main stream politics and the nucleus of the game is majorly centered in Kampala.

Buganda, Western, Mid-West (Kitara), Eastern, North East and Northern are the other regions.