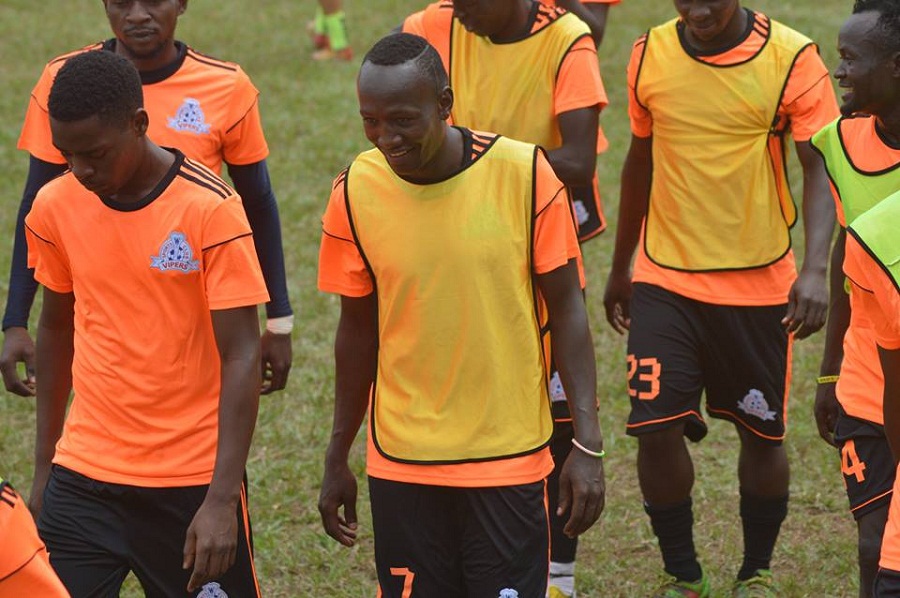 Masiko, just like all Vipers’ new signings in the window is yet to be officially unveiled but completed his transfer from KCCA at the expiry of his contract on July 14.

The former KCCA captain has been training with the Uganda Cranes for the last couple of weeks but it was straight to work for the midfielder as he linked up with his new team-mates for sessions.

The player, who spent over eight years at Lugogo and helped KCCA win four league titles, a Uganda Cup and also reach the group stages of the Total CAF Confederation Cup was all smiles as he went through the drills under the watchful eye of Portuguese tactician Miguel Da Costa.

On a number of occasions, Masiko shared jokes with teammate Tony Odur, with whom they shared the dressing room at Lugogo.

It’s no surprise that Odur has offered shirt 7 to Masiko, the jersey number he also donned at KCCA.

With Brian Kakaire set to leave the Kitende based side on loan, Odur is expected to take over the famous shirt 10.

Vipers have so far signed five players in Steven Mukwala, Moussa Mbayi, Tadeo Lwanga, Yayo Lutimba and Tom Masiko and the Portuguese says the team already looks different with them.

They are good players, they trained well and I have so much hope in them going into the new season.

The team has only won three major trophies in their history – two league titles and one Uganda Cup.