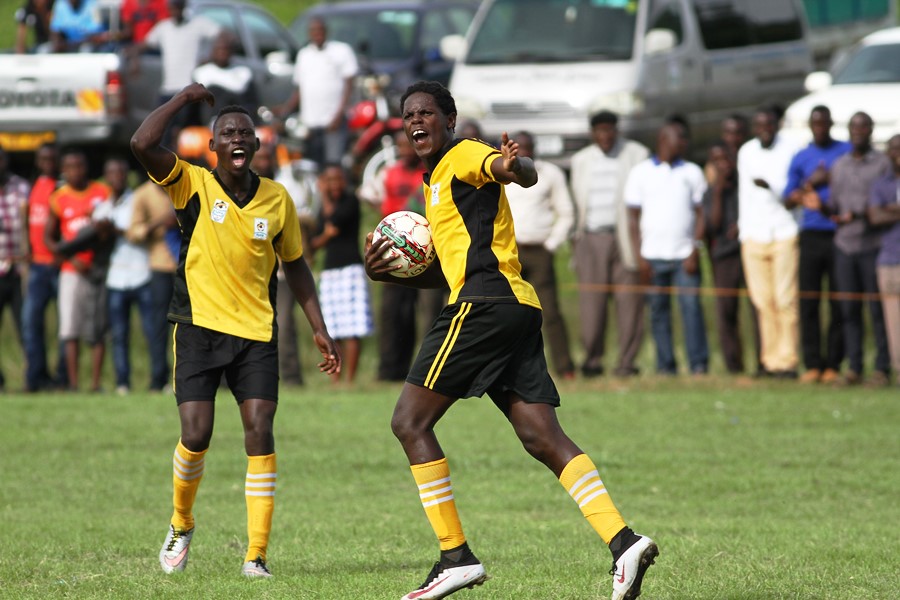 The crowd for the team teams was supportive and passionate at all times, the ground surface of Kyamate scored immensely with its green and well leveled surface as well as the great brand of crispy passing and pressing football exhibited by the two sides.

Jam Football Club forward Kodet Ferrer put the visiting team in the lead after 25 minutes, ironically against the run of play.

Kodet stamped the ball home with an incredible follow up after a harm-less shot by Islam FC’ Majid Ayob was not well dealt with by Mbarara City goalkeeper Muhammed Ssekeba.

Ankole recovered from the shock and restored parity through Mbarara City’s Clinton Kamugisha on 30 minutes.

Kamugisha’s half volley was good enough to beat Karamoja goalkeeper Rajab Kajoba in the goal posts.

Soana pacy winger Siraje Turyamureeba put Ankole in the lead for the first time of the game through a well roofed penalty on 53 minutes.

Rushere Football club play maker Muhammed “Meddie” Matovu wrapped up the scoring business in the 86th minute connecting home off a good cross from the left by second half substitute Sadat Nsubuga.

Matovu earned the man of the award (plaque and cash worth 100,000/=), handed over by South Ankole Bishop, Nathan Ahimbisibwe.

This was Ankole’s second win that takes them to 6 points, two shy of the leaders, West Nile.

Express forward Alfred Leku (on loan from Vipers) scored the all important goal for the visiting West Nile team.

Tooro’s Timothy Musinguzi was named man of the match.

Meanwhile, Bukedi and Bunyoro shared the spoils one all at the Kiryandongo play ground.

The FUFA Drum tournament will take a long break before returning with match day five and six matches to complete the group stage games.