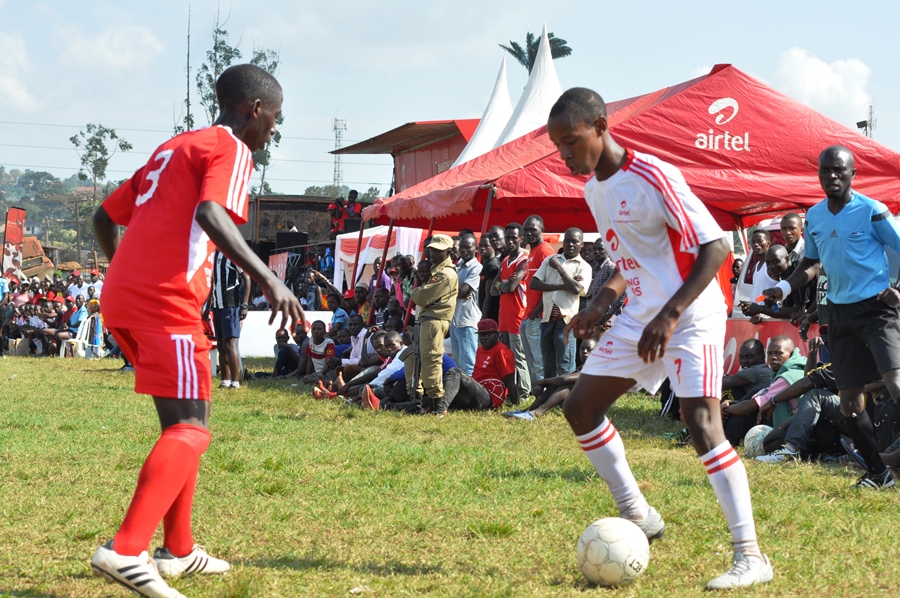 *To be hosted in Fort Portal

Following a grueling five week’s action of the 2018 Airtel Rising Stars (ARS) regional qualifiers, the respective teams will now switch focus to the national grand finals coming towards the end of August.

According to FUFA Human Resource capacity building manager Jackson Nyiima, the official who has keenly supervised all these regional qualifiers, the whole process was a complete success in all the regions traversed.

Upon this back ground, Nyiima encourages the regions to use the remaining time for adequate preparations so that they stage the best performances;

We had a successful time during the qualifiers. We did not encounter many challenges. I encourage all the regions to prepare well ahead of the national finals that will take place between 23rd – 26th August 2018 in Fort Portal. Our official sponsors (Airtel Uganda) will provide transport to all the teams, lunch and supper as well as accommodation to all the teams.

Teams are warned against age cheating. We selected players specifically meant to play at the grand finals and these are same players that regions should come with although there will be another screening exercise in Fort Portal before the main finals kick-off

For a quick reminder, the regional qualifiers that had teams with players under tha age of 17 across the country kicked off in Kampala, hosted by Rubaga Football Association (RFA) at the Ssendi and Kitebi primary school play grounds.

The Buganda qualifiers were hosted by the Masaka Football Association at Nyendo – Kasana and Masaka Recreational Stadium.

Buikwe based Rays of Grace and Divine Stars academy from Nyendo triumphed in the boys and girls respective catergories.

The Eastern and North East regions were jointly held in Tororo at the Police and King George play grounds.

Mbale Tigers won the boys’ catergory and Kataka She-FC smiled to the girls’ version in the Eastern region.

The final round of qualifiers took play in Western region, as hosted by Bushenyi district at the Nyakabirizzi and Bushenyi main play grounds.

FUFA Executive Committee member Chris Kalibala, who has been present at each and every regional qualification center lauds the sponsors for making the programme reality.

In the same vein, Kalibala, also a delegate representing Western Uganda throws a token of appreciation to the regions for organizing the teams to make the qualifiers a success;

I wish to thank Airtel Uganda Limited for sponsoring this programme since 2011. They have proved that they are the true lovers of Uganda’s football since they sponsor the national team (Uganda Cranes) as well. I also appreciate the regional football bodies for helping in organizing the teams that took part in the qualifiers.

For starters, each of the eight regional champions got a branded Airtel Uganda jersey, gold medals, trophy, certificates and Shs 1,000,000 cash prize.

The other eight runners up were rewarded with silver medals, certificates, jerseys and Shs 500,000 each.

It should be noted that the national champions will get gold medals, jerseys, trophy, and certificates on top of a hefty cash prize of Shs. 5,000,000.

The first runners up will get silver medals, jerseys, certificates and Shs. 3,000,000.

There are fruits from the AIrtel Rising Stars since we kicked off in 2011. Players have been identified through the ARS and taken up by clubs through to the national team and the best example is Faruku Miya who even scored the goal that took us to the Africa Cup of Nations for the first time since 1978 when Uganda Cranes had last played there.

A select team of 50 players (25 per gender) will be picked by the technical team during the grand finals and will be recommended to the national U-17 team.

The main objective among others was to lay a foundation as well as provide a plat form to nurture young talented players as a basis to ensure continuity for the abundant football pool of players.