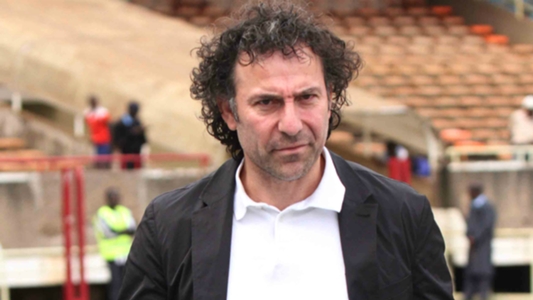 Oktay put pen to the treasured dotted lines on a two-year deal as confirmed by the club president Ambrose Rachier.

He is deputised by Zedekiah “Zico” Otieno, who took care of the team on an interim basis following the exit of Dylan Kerr.

Gor Mahia Football Club appointed Hassan Oktay as head coach of the team and that means he will replace Dylan Kerr and will be assisted by Zedekiah Otieno. The coach signed a two year contract which will be renewable.

Before taking the job, Oktay oversaw two games; against Malawi’s Nyasa Big Bullets in the Champions League and against Bandari, losing 2-1 away

He passed his initial test on Wednesday with a 4-0 win against Zoo Kericho at the Kenyatta Stadium.

Ivorian Ephrem Guikan netted a brace in the game.

Gor Mahia turnsthe focus and attention to the continental engagements as they take on Nigeria’sLobi Stars in the first leg of the CAF Champions League group stage on Sunday.

Gor Mahia is also home to another Ugandan, Shafiq Batambuze.