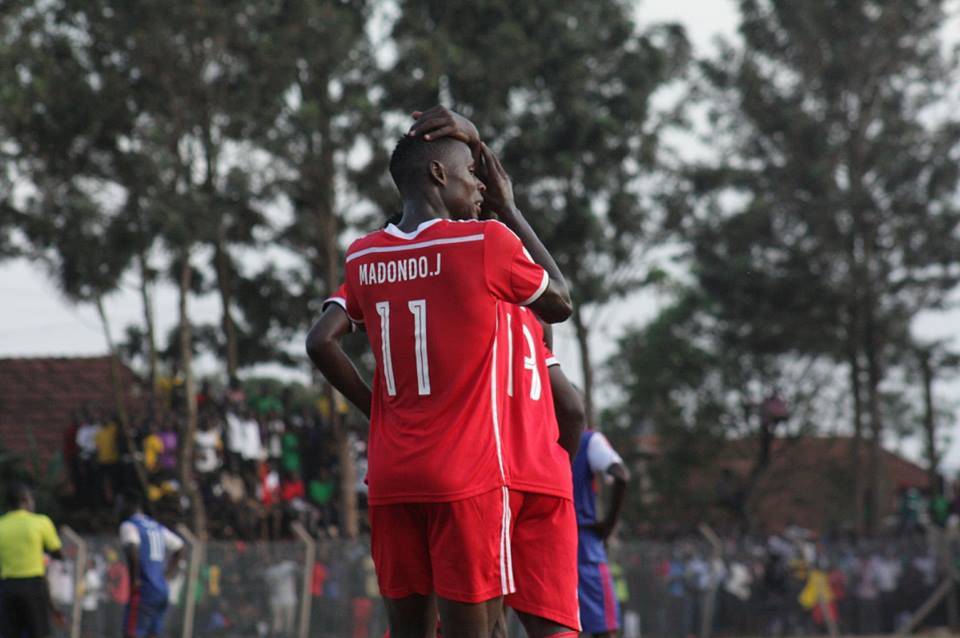 Madondo had a beautiful curl from the edge of the area as early as the opening two minutes.

The visitors doubled the lead on nine minutes when Kasonko diverted Jeromy Kirya delivery from the right.

The visitors suffered an early set back when defender Rashid Muhammed limped out and former KCCA player Ronnie Kisekka took over his place.

On 21 minutes, Madondo missed the opportunity to double his tally, failing to control a high ball out of by the debutant goalkeeper Sanon Mulabi.

Paul Mucureezi had a shot off target on the half hour mark after being set up by the towering South Sudanese striker Makueth Wol.

Burundian Barenge became the second player to be booked on the sunny evening when he brought down Kirinya-Jinja S.S defender Douglas Muganga.

The resultant free-kick by Uganda Cranes international Isaac Isinde was headed at the far post but Kimera was equal to the task to parry away the danger although Kasonko tapped wide the rebound.

Towards the end of the half, Fred Amaku missed contact with the ball off a teasingly laid ball from the right by Jerom Kirya.

On the stroke of half time, Isinde had a timely block for Mucureezi’s shot inside the goal area to lead heading to the mandatory half time break.

Diligent midfielder David Bagoole shot narrowly over the bar with virtually the last kick of the opening 45 minutes.

Upon restart of the second half, Mbarara City called for an offensive double change.

Two minutes later, the home side made their opening change.

Madondo had a header miss target by inches and a couple of half chances missed by Wol and Ssemugabi as the game climaxed.

This is Kirinya-Jinja S.S’s sixth win of the campaign that takes them to 8th place, displacing Bright Stars who host Tooro United on Wednesday.

Mbarara suffers their second loss in a row after falling at home to Onduparaka last week.