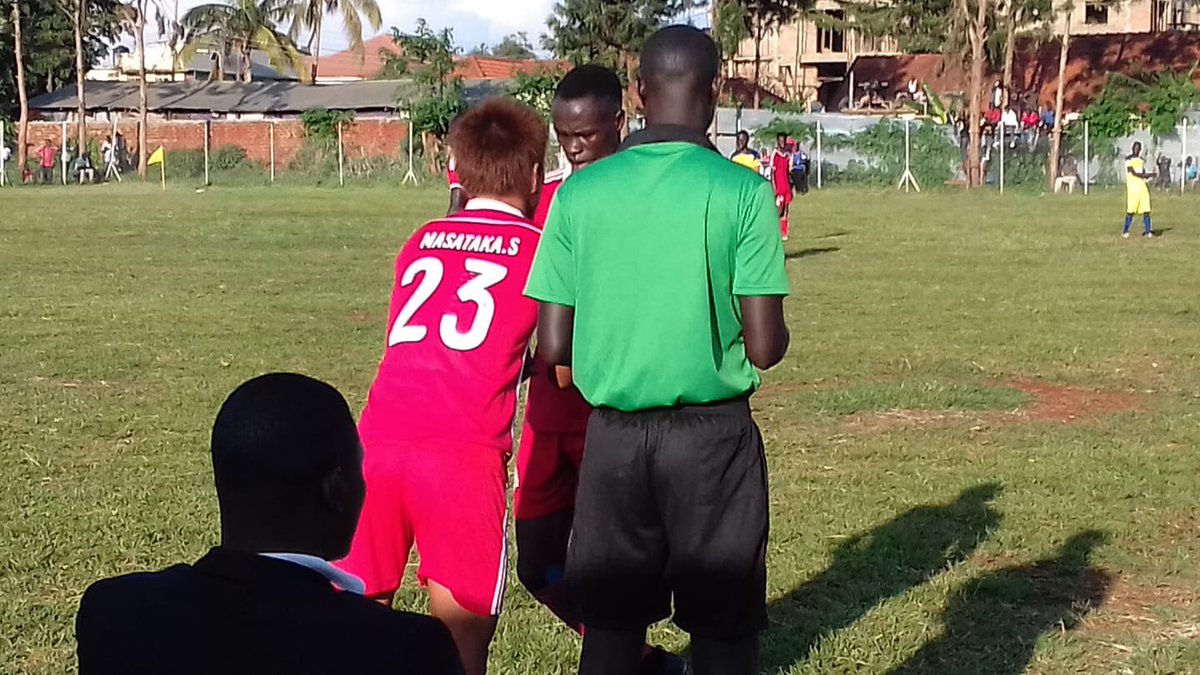 Kirinya-Jinja S.S’ goal-less home draw with Ndejje University at the Mighty Arena in Jinja left a legacy of its own.

In the game, Matasaka Sakaguchi from Japan took part.

Matasaka was introduced in the second half of the season to become the first player from Japan to play in the Uganda Premier League.

The Japanese earned his debut, coming in for Nelson Mandela in the 80th minute.

There were three bookings by center referee Joseph Ochom.

Ndejje University duo of Richardson Asaba and Bernard Katetemera also got cautioned as the game neared its climax.

After the draw, Kirinya-Jinja S.S dropped to 9th with 41 points, same as Bright Stars who scored 6 against Paidha Black Angels in Mwererwe.

Ndejje University, who entered the field of play already relegated earned their 9th draw of the season, adding a point to 27.

The students side will plan afresh for next season in the FUFA Big League.

Paidha Black Angels and Nyamityobora were the other clubs relegated.

Meanwhile, KCCA was crowned as champion of the Uganda Premier League for the 13th time.