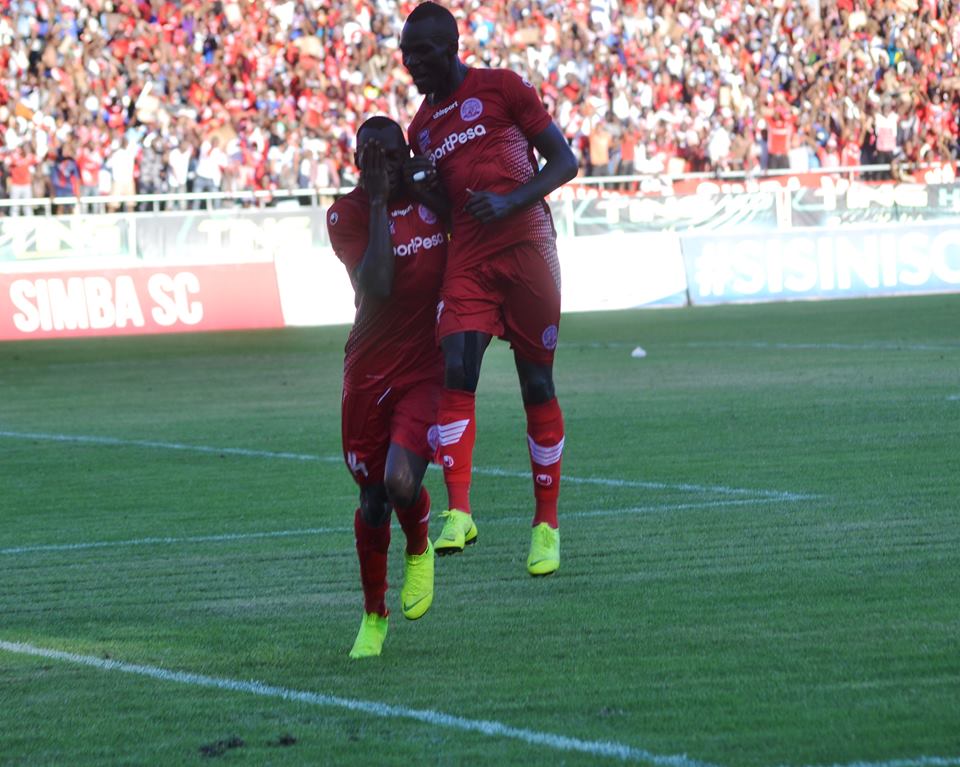 Forwards Emmanuel Arnold Okwi and Meddie Kagere had the lion’s share of the goals scored with a hat-trick each.

Raizin Hafidh got the consolation for Coastal Union.

Okwi opened the scoring as early as the 11th minute.

In added the second goal 9 minutes later before Raizin pulled back a goal for the visitors with 10 minutes left on the clock for the opening 45 minutes.

Half time ended with Simba ahead 2-1.

Okwi completed his hat-trick with his personal and well as Simba’s third goal two minutes into the second half.

Kagere got the first of his three goals in the 69th minute, adding the second six minutes later.

Dilunga made it six in the 81st minute, Kagere getting his hat-trick in the 83rd minute before Chama’s strike deep in added time.

A few days ago, Simba had also defeated Mbeya City and Tanzania Prisons 3-1 and 1-0 respectively.

Simba has now played 30 games and lie second with 78 points, two points behind leaders Young Africans who have played 34 games.

Nico Wakiro Wadada’s Azam is third with 67 points from 34 points.