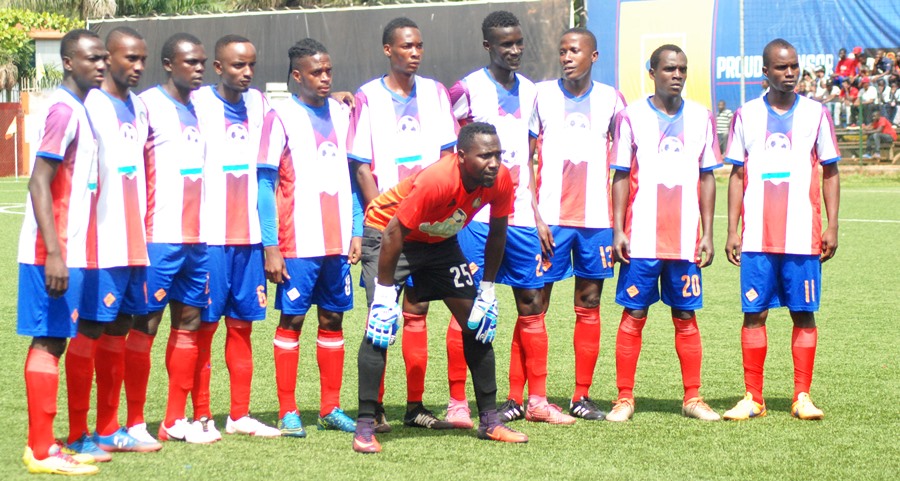 The first of the two legged promotional play-off for the FUFA Big League slot will take center stage on Tuesday, 18th June 2019 at the St Mary’s Stadium, Stadium – Kitende.

For the second time in a row, Katwe United Football Club are back in play-off business, having lost on their maiden time of asking last year against Kiboga Young.

This time round, the Kampala regional champions, who have learnt a lesson or two are up and running.

Both clubs have played a series of friendly ties in a bid to test the readiness of their respective charges.

The result on the day will definitely mean for something when the two clubs once again lock horns during the return leg on Thursday, 20th June 2019 at the Star Times Stadium, Lugogo.

The mood in the camp is so high. Our time is now, we come in this game with a target of not conceding any goal but also score as many as we can. Good enough all our players know what is at stake. We want to effectively use the home advantage so that we go in the return leg with nothing to worry about.

MY SIDE HAD AN EXCEPTIONAL SEASON WITH ALL DEPARTMENTS DOING EXTREMELY GOOD SO WE ARE GOING TO BUILD ON THAT AS WE GO TO GET MAXIMUM POINTS TOMORROW.
SINCE THE TEAM HAS BEEN TRAINING FROM STARTIMES STADIUM LUGOGO THIS HAS MADE THEM FAMILIAR WITH THE TURF HENCE AN ADDED ADVANTAGE TO US.