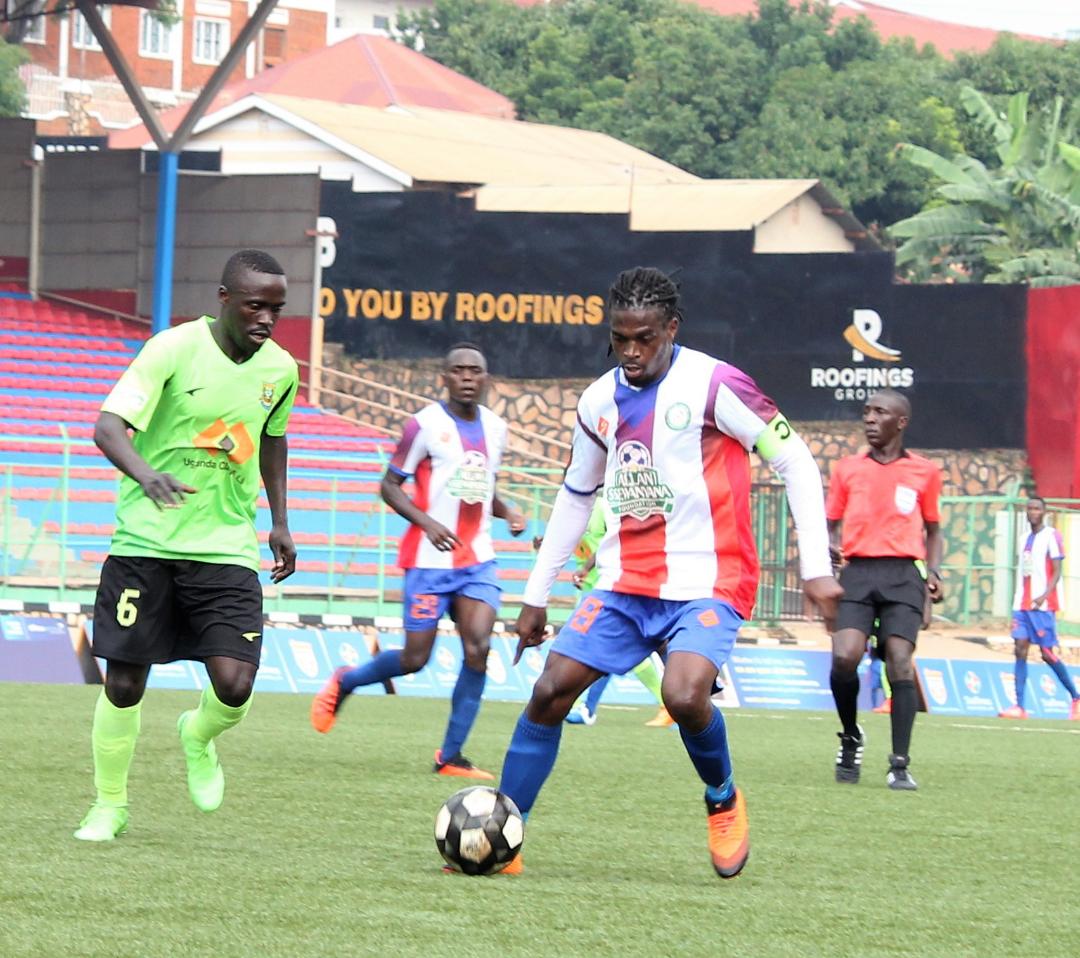 It is advantage Kajjansi United over Katwe United ahead of the return leg for the promotional playoff to the FUFA Big League.

Muhammed Kabuye created the first goal, well-tapped home by Oree for the opener three minutes to the climax of the first half as the Ababumbi (The Potters) took a half time lead.

Alex Katumba had other ideas altogether heading home the second in the 65th minute for the equalizer in a match handled by FIFA Referee William “Engineer” Oloya.

With two minutes to the end of the game, Oree got the winner.

The return leg comes quickly on Thursday, 20th June 2019 at the StarTimes Stadium in Lugogo.

Katwe United, a club coached by the legendary former Uganda Cranes striker Hassan “Figo” Mubiru netted a priceless away goal that keeps them in contention.

Owned by legislator Hon Allan Ssewanyana, Katwe United will be the home side in the return leg as they seek a 1-0 win or victory by a margin of more than two goals to progress to the second highest tier in Uganda’s football – FUFA Big league.

A draw of any sort or an outright victory for Kajjansi United will see Dennis “Deman” Kizito’s coached side through.