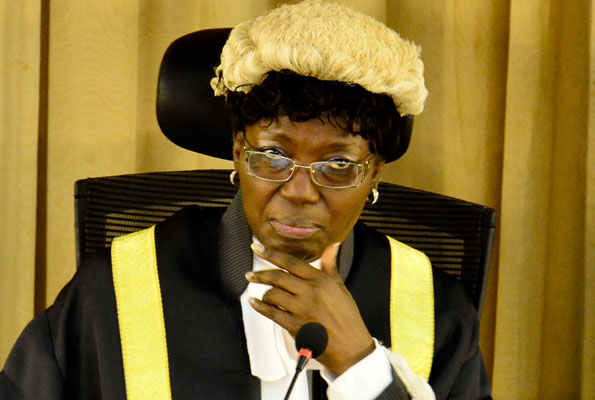 The Speaker of Parliament Rebecca Alitwala Kadaga sent a special message of inspiration to the Uganda Cranes delegation currently in Egypt prior to the kick off of the 2019 championship.

In the message, the Speaker delivers the key note information through the team skipper and first choice goalkeeper Dennis Onyango to the rest of the players.

On behalf of the Uganda Parliament, I would want to wish captain Dennis Onyango and the rest of the Uganda Cranes all the best. I wish you a very big victory in your opening match (against Democratic Republic of Congo) on Saturday.

She also assures of overwhelming support from the members of parliament who are planning to travel all the way to Egypt and cheer on the team at all times.

A number of members of parliament will be in Egypt to give you support. We love you and we are counting on to bring the glory back home.

During the last 2017 AFCON finals played in Gabon, the Parliament of Uganda contributed financially (Shs. 224, 500,000) to the team as a token on appreciation and motivation as well.

Kadaga traveled to deliver the collections from Parliament moments before the match against Ghana Black Stars at Port Gentil Stadium.

The Parliament, and Kadaga in particular are keen supporters of sports development in Uganda.

Recently, Kadaga graced the closure of the 2019 World Beach Woodball Championship in Entebbe.

Meanwhile, Uganda Cranes conducted their first training session on Tuesday evening at the Arab Contractors’ play ground in preparation for their opening match on Saturday against the Democratic Republic of Congo.

All the players are in the best condition ahead of the opener.