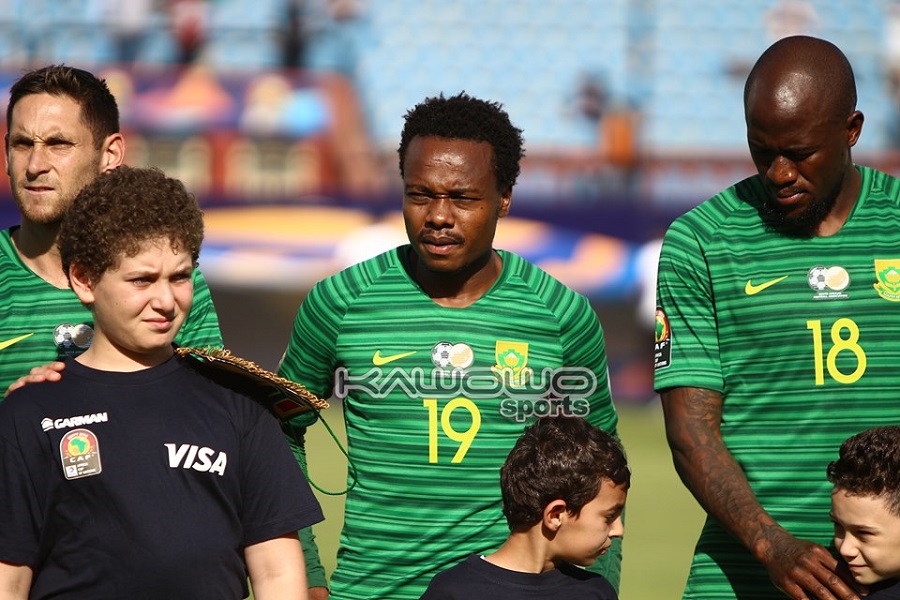 Home Football Percy Tau: We must get a few things right in our next...
Facebook
Twitter
WhatsApp
Email
Telegram

South Africa poster boy Percy Muzi Tau has warned his teammates that they must get a few things right in the next games after losing 1-0 to Cote d’Ivoire in their first game in group C.

Bafana Bafana looked a little blunt up front and only on a few occasions did Tau and Themba Thwane combine well to threaten the opposition.

On the game against Namibia who they face next in the group, the former Sundowns star says both teams will go for it.

“I think both teams are in for it and if we get a few things right in attack, it would be a different story. The strategy is to try and hit on early in the game before they regroup and put away chances we create. We didn’t do that against Ivory Coast.

Tau is regarded as one of the stars of the tournament but he doesn’t believe there was much attention around him in the game but the Ivorians concentrated on the whole team.

“I don’t think so. I think their attention was on everybody not me.

South Africa must now get good results against Namibia and Morocco to stand a chance of reaching the round of 16.