Uganda lost 1-0 to West Africans Senegal with Liverpool forward Sadio Mane on target for the Lions of Teranga.

Addressing the post-match press conference, the Uganda Cranes head coach Desabre, who was flanked by his counterpart from Senegal Aliou Cisse expressed appreciation for the work well done by the players at this biannual championship.

I am proud with what my team has achieved. They showed the character right from the first match against Democratic Republic of Congo to the round of 16 game with Senegal.

The Frenchman who has previously coached clubs in Morocco and Egypt, among others saluted the opponents (Senegal) with their star player, Mane.

I would like to congratulate Senegal. We faced a group of fighters and we are glad with this game. Sadio Mane is a world class player that can create the difference.

Uganda Cranes had a torrid start to the game; getting two players (captain Denis Onyango and Emmanuel Arnold Okwi) cautioned inside the opening ten minutes of the physical game.

Later, Khalid Aucho was also booked by the Algerian referee Mustapha Ghorbal in the opening stanza of the game.

Bevis Mugabi’s free header in the first half, Okwi and Miya’s set pieces were some of the chances created.

By and large, in the four AFCON 2019 games that Uganda Cranes played in Egypt, one was won (2-0 against DR Congo), one drawn (with Zimbabwe) and two lost – Egypt and Senegal.

The Ugandan delegation will depart Cairo for Uganda on Sunday. 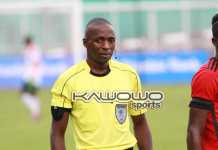