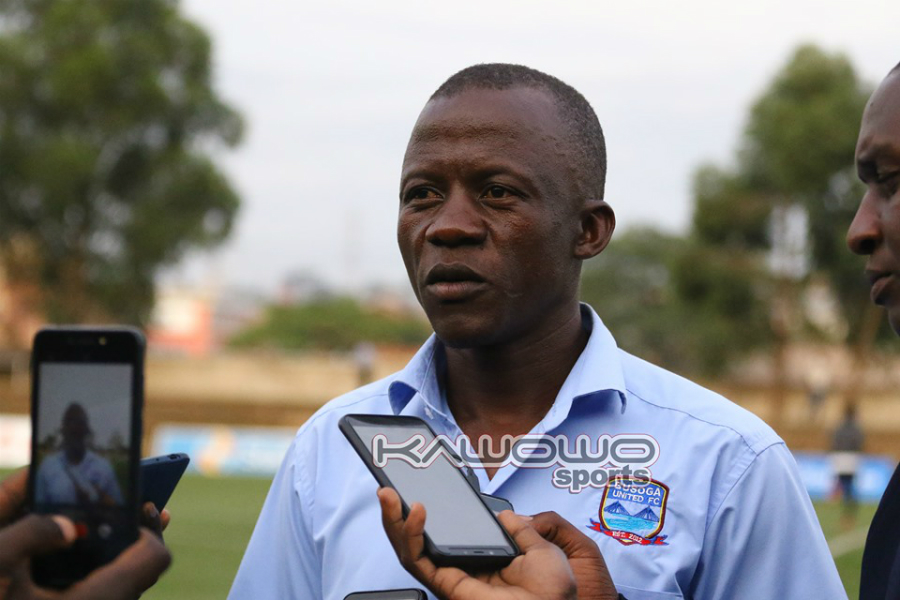 Busoga United Football Club head coach Abbey Bogere Kikomeko has indicated his team had an outlined approach on how to overcome Proline FC.

The Jinja based outfit nicked a hard fought 1-0 win in the league encounter played at StarTimes stadium, Lugogo on Wednesday thanks to Ismael Kawawulo’s goal.

Kikomeko in his post-match press briefing revealed that he knew how Proline FC play and plotted on how he would capitalize on the mistakes they commit.

“I’m happy that we got maximum points here. The boys played according to instructions because we knew how Proline FC play and we had to capitalize on their weakness to hurt them,” he said before adding “They want to possess the ball and commit more number up front, so that levels them vulnerable at the back when they lose possession.”

The coach was also impressed with how his team defended and eventually registered a clean sheet, their second this season.

“It was important that we improved on the way we defend. We went back to the drawing board and tried to rectify some mistakes and I’m happy that we kept a clean sheet.”

Kikomeko however was left disappointed with the profligacy of his team on the day and indicated they could have won with a better score.

“We need to improve on our efficiency in front of goal. We could have won with a better margin but we were wasteful.”

Victory elevated Busoga United FC to 5th place on 10 points while Proline FC is bottom of the table with no point.