The Las Vegas based prize fighter has risen from number 11 to his current position in his division and is in negogiations to fight for the vacant World Boxing Association lightweight title against Cuban Richard Abril on October 13 at the Mandalay Bay in Las Vegas. 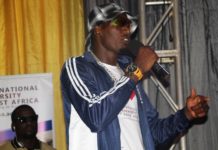