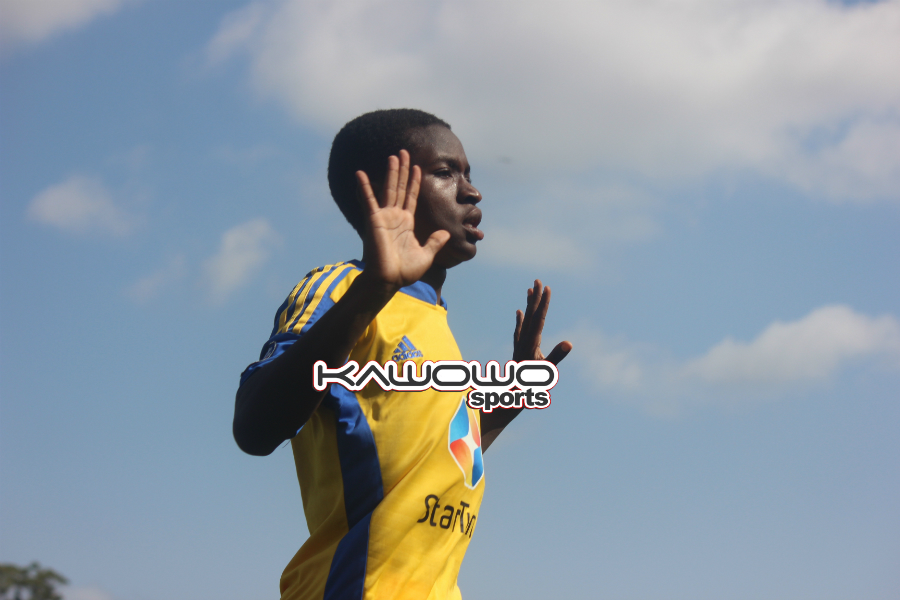 While Okello was putting on a show in the 7-0 drubbing of Onduparaka a couple of weeks ago, he did not only impress the fans at the stadium and on TV, but also the Masandawana officials who watched the match at Lugogo.

While speaking to local radio, Super FM, club chairman Julius Kabugo revealed that Sundowns made an offer for the exciting midfielder.

“They (Sundowns) inquired about the availability of Okello,” Kabugo said.

“They were here (doing their ground work) when we were playing Onduparaka and after they made an offer but we told them he (Okello) is too young and we are not selling him.”

Mamelodi Sundowns defeated KCCA 2-1 in the first leg of the CAF Champions League pre-group round last night and the 17-year-old made his continental debut when he came for goal scorer Geoffrey Sserunkuma late in the game.

The return leg is set for next Saturday, March 18 at Philip Omondi Stadium – Lugogo and the Kasasiro can advance to the lucrative group stage of the competition with a 1-0 win.