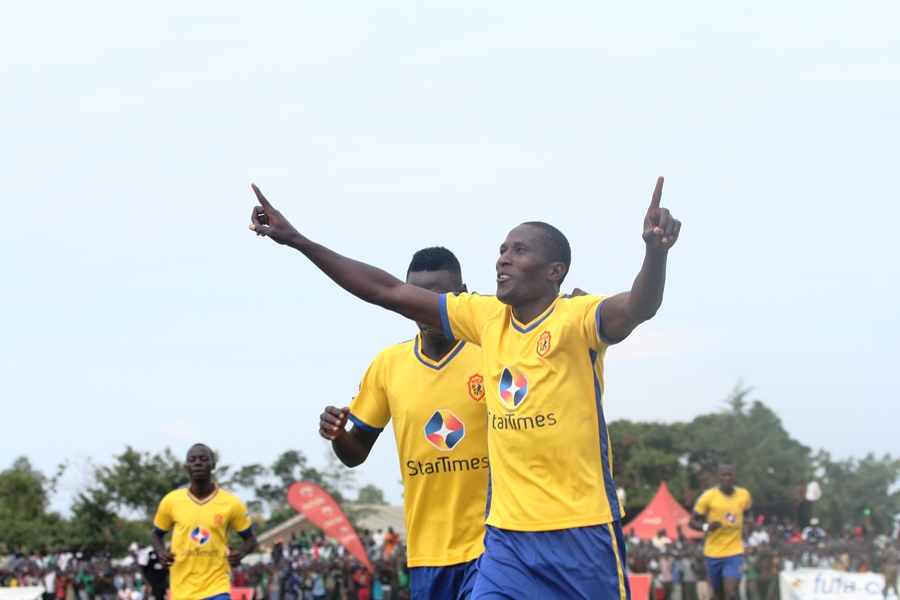 Geoffrey Sserunkuma has completed a move to Zambia FAZ Super League side, Buildcon.

Kawowo Sports can confirm the 2016-17 premier league top scorer signed a one and half year deal that will keep him at the club until the end of next year with an option for renewal.

He signed the deal in the Kampala in the presence of club chairman Moses Mubanga who arrived in the country on Thursday to finalise the deal.

“It’s a done deal,” he told Kawowo Sports. “I want to thank my teammates, coaches, management and fans at KCCA for the good campaign last season and wish them well,” he added.

It’s now time to face another challenge and am ready to repay the faith vested in me by my new employers.

Sserunkuma is expected to fly to Zambia on Thursday this week.

At the club, he joins compatriot Isaac Isinde and Kenyan international Clifton Miheso while expanding the number of Ugandans in the FAZ Super League.

Joseph Ochaya and Herman Wasswa at Lusaka Dynamos, Jimmy Bageya at Napsa Stars and Davis Kasirye at Zesco United are the other Ugandans playing their trade in Zambia.