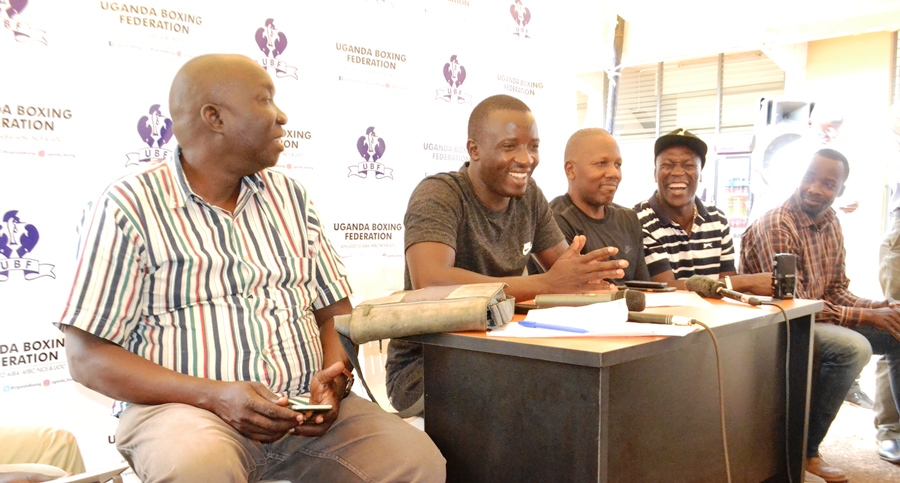 Just hours after the Mengo Magistrates court had ruled to unfreeze the accounts of Uganda Boxing Federation; there was more excitement when the international parent body blessed and passed green light onto the works of the Ugandan body.

Now Moses Muhangi, his entire executive and the working team can happily execute their respective tasks at hand without any due interference.

In a letter signed by the Uzbek AIBA interim president Gafur-Arslanbek Akhmedovich Rakhimov, the international body also congratulated the election of Muhangi as the duly elected president of the Uganda Boxing Federation.

The letter reads in part;

In my capacity of interim president of the International Boxing Association (AIBA) and on behalf of the entire AIBA family, I would like to congratulate you upon your recent election as President of the Boxing Federation of Uganda.
I am confident that those elections took place in full compliance with your federation’s constitutions and AIBA regulations and that all officers were duly and respectfully elected.

The letter further asserts that Uganda is now an active member of AIBA and a fully recognized entity.

I take this opportunity to confirm that your federation is an active member of AIBA and as such is a fully recognized entity and is up to date with its membership fees.
I remain optimistic about the future of boxing in Uganda and the AIBA team remains fully available to provide you with any assistance you require to further enhance boxing programs in the country.

Since Muhangi was voted into office, the administration has been dogged with internal fighting with vice president Kavuma believed to have fallen out with the current administration.

The latest hitch culminated into court order that froze the accounts of the federation until Muhangi and company won the case on Tuesday.

Meanwhile, Uganda Boxing Federation executive and key stake holders will convene on Thursday at Lugogo, Kampala in a meeting intended to restore sanity, put the house in order as well as rebuild the empire of boxing in Uganda.