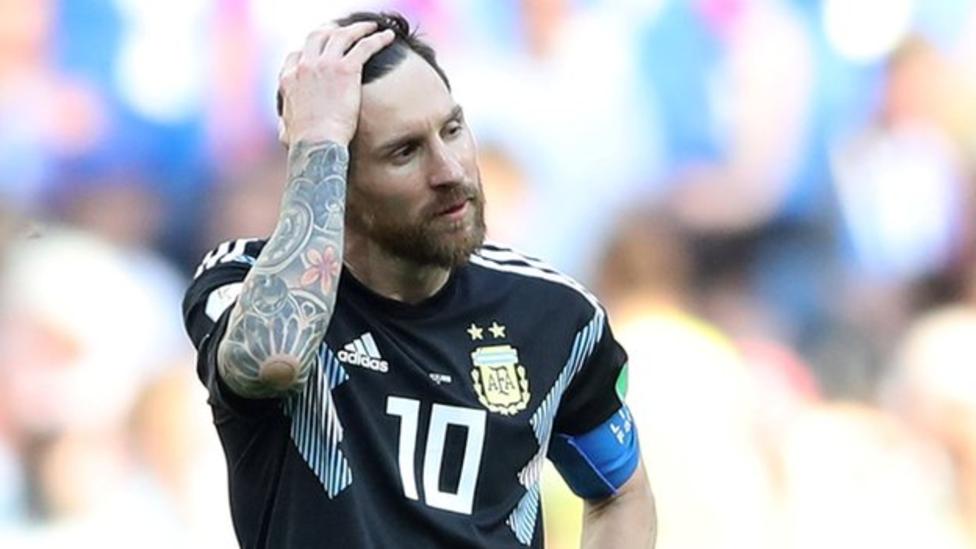 Argentina started the 2018 FIFA World Cup on a sour note, drawing one all with debutants Iceland in Spartak Stadium, Russia on Saturday.

The joy was short lived as they conceded four minutes and 15 seconds later.

Alfred Finnbogason scored in the 24th minute for his country’s first goal at a World Cup finals.

Finnbogason had made a hash of a header seconds earlier but Argentina failed to clear and Willy Caballero could only palm Hordur Magnusson’s shot into the path of the striker, who gleefully turned it home.

Iceland goalkeeper Hannes Halldorsson saved Messi’s missed penalty, in what looked like Argentina’s only clear-cut chance in the second half.

For me as a goalkeeper to play for Iceland and face the best player in the world at a penalty is a big moment and a dream come true to save it, especially as it helped us get a big point which I hope is going to prove important to us. It is our goal to qualify. I did some homework. This was a situation which I knew could come up. I looked at a lot of penalties from Messi and had a good feeling that he would go this way today.