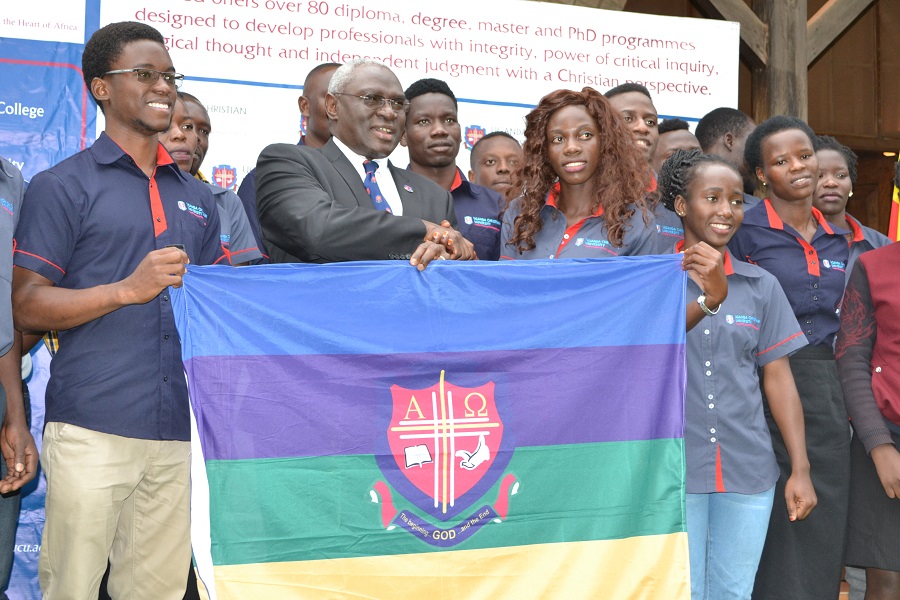 At University of Dodoma

Uganda Christian University (UCU) is one of the Uganda’s high learning institutions duly confirmed to take part in the 11th East African University Games that kick off this weekend in Dodoma city, Tanzania.

A contingent of 87 people was officially flagged off at the main campus facility in Mukono on Thursday morning by the Vice Chancellor.

The delegation constitutes of 69 players and 18 officials divided in 11 different teams.

The Mukono based university with a couple of branches across the country will field; Football(Women), Basketball (Women), Badminton (Women and Men), Track and Field (Women and Men), Volleyball (Men), Scrabble (Men), Tennis (Men), Swimming (Women) and Wood ball (Men).

Addressing team captains, coaches as well as the media during the official flag off ceremony, the UCU Vice Chancellor Rev. Canon Dr. John Senyonyi urged the players to remain disciplined to the brim as they look forward winning as many medals as possible.

Rev. Can Dr.Senyonyi explained the scenario that the university faced to take limited teams owing to the financial stand of the university.

It is a big moment that we are taking the a big team to Dodoma for the 2018 Inter-University Games. The preparations have been great and we are taking the best of the teams that we feel shall favourably compete. The financial resources were not forthcoming but we managed to assemble 11 teams. In future, we appeal to the Government for support.

The week long tournament that has different sporting disciplines kicks off on Monday, 17th December 2018 and will climax on Friday, 21st December 2018.

Football, volleyball, hockey, woodball, swimming, darts, rugby, netball, track and field, badminton, chess, basketball are the games that will be competed in Dodoma.

Track and Field (Women and Men)