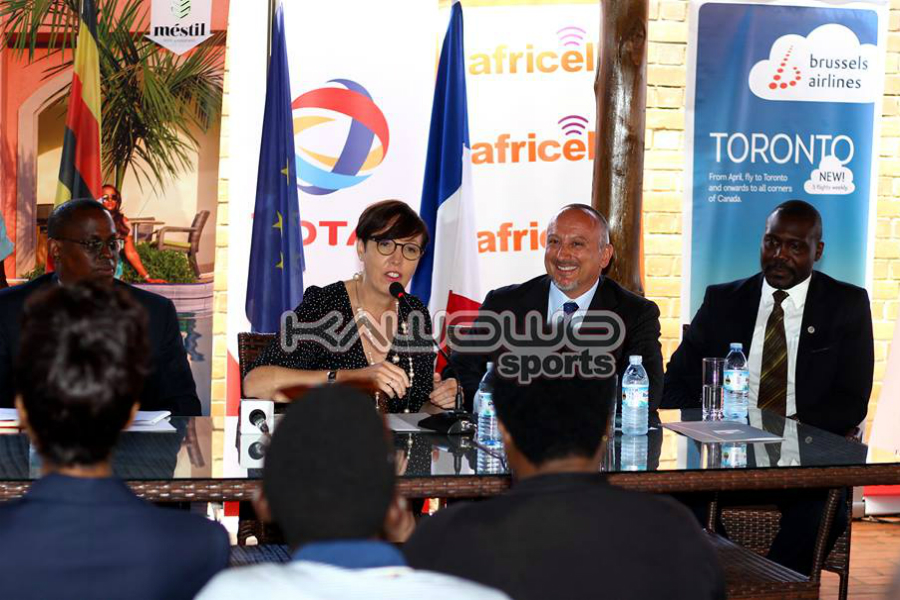 Like it has been the case for the previous three years, 2019 is here for yet another France – Uganda friendship week.

The time lag will run from 16th to 23rd March 2019 with a series of events that feature range of joyful, positive moments that celebrate the friendship between Uganda and France through music, culture, food, fashion and sport.

This year’s celebrations were officially launched with an inaugural press conference at the Embassy of France in Kampala on Monday, 25th February 2019.

Addressing the media and the key stake holders with the sponsors, the French Ambassador in Uganda, H.E Stephanie Rivoal lauded all the partners for the supportive hand in successfully organizing the France – Uganda week activities.

For the third year in a row, we are organizing the France – Uganda week celebrations. This year, we start on the 16th to 23rd March 2019 with several activities as the Francophone day, tourism, fashion, food, defence as well as sports. I wish to thank all the key partners in organizing all these activities as well as the sponsors on board.

Rivoal, flanked by Donald Rukare, the general secretary of the Uganda Olympic Committee (UOC) and Andrew Owor (President of the Uganda Rugby Union), also bid farewell as this will be the last France – Uganda week celebrations she will be directly organizing as the ambassador.

Sports will rank high among the activities lined up for the week-long menu.

On the 22nd March 2019, there is a rugby tournament organized for the Kampala schools as Nakivubo Blue, Naguru Remand Home, Naguru Primary and Kibuli Police Children.

This will be coordinated by the Ecole Francaise Des Grands Lacs where a mixed team of Ugandan and French players will visit the four aforementioned schools with the aim of sharing the values of sport to pupils and make the kids enjoy a rugby tournament and competition.

Uganda Rugby Union is honoured to associate with the Embassy of France to organize the France – Uganda week celebrations. This is the second time. Our primary schools and national team being engaged is a great stride in the game’s development process.

Also, just like, last year, a rugby match between the French Pacific military team and the Uganda Rugby Cranes (XV’s) will crown the celebrations at Kyadondo Rugby grounds on the 23rd March 2019.

On the same day, will be the main festivities of the celebrations where the whole communities in Uganda will be gathered around sport and music on the purpose of a charity project for sport facilities on the disadvantaged schools. 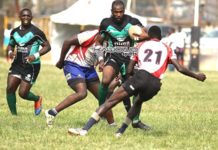 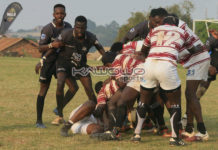