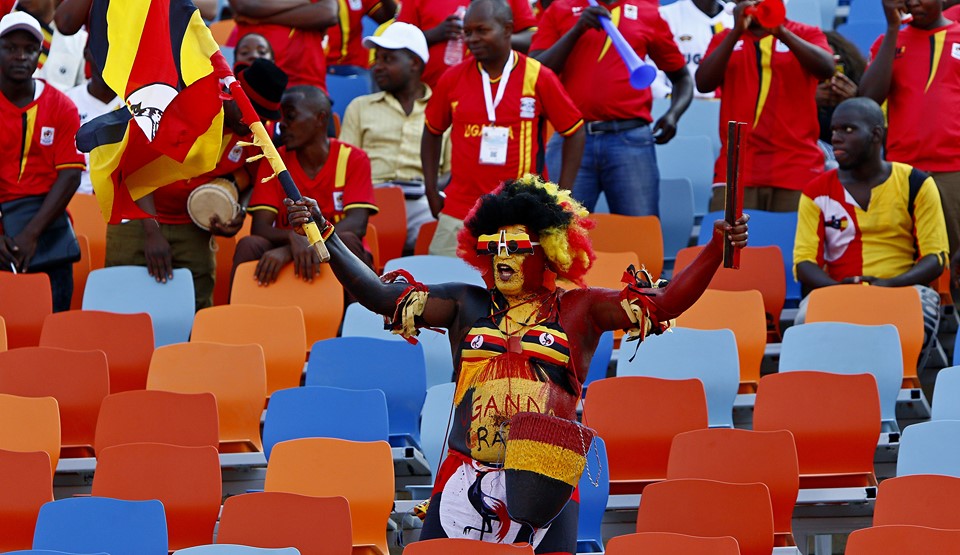 Of late, sports tourism is the raw deal for many countries in the world.

Bar the flora and fauna, many countries have optimally utilized the rich sports potentiality to lure tourists to their respective destinations.

Landlocked East African nation Uganda, christened the “Pearl of Africa” has not been left out of the box.

Through the Uganda Tourism Board (UTB), Uganda made a bold decision to sign a timely memorandum of understanding with FUFA prior to the kick-off for the 32nd Africa Cup of Nations in Egypt.

A quick mirror through the nitty-gritty of the partnership was the use of the Uganda Cranes for international tourism and the FUFA Drum (Inter-Provinces) to promote and front domestic tourism.

This was a master stroke by UTB and FUFA, coming at the opportune timing.

First things first, AFCON 2019 is being viewed globally since it was switched from January to June, a time when most elite leagues in Europe, Asia, Africa, and America are in a recess.

Across the internet and television, AFCON 2019 has generated billions of views.

This is absolutely a great marketing gimmick for the countries involved to lure their visitors to their countries.

When Uganda Cranes, a minnow of sorts shocked the Democratic Republic of Congo in a group A encounter at the Cairo International Airport, ignorant people, to say the least about Uganda, asked where this country is found.

Wrapping the Uganda flag around my waist, I bragged, we are the king of football in East and Central Africa.

I told one Egyptian friend about the goodness of Uganda and why he should come and visit the country, best known for its rich flora and fauna.

The name of the team, Uganda Cranes stems from the treasured multi-colored national emblem bird – the Created Crane.

As the Uganda Cranes and DR Congo players limbered on the field of play, it kept crossing my mind how Uganda is the home of the treasured Mountain Gorillas.

For starters, 54% of the world’s Mountain Gorillas are found in Uganda at the Bwindi and Mghahinga.

Tourists can access to view these gorgeous species with permits available from the Uganda Wildlife Authority (UWA) at US$600 and any other functional information.

On Wednesday, we take on the Warriors from Zimbabwe at the Cairo International Stadium.

Close scrutiny about the physical features in Zimbabwe and Uganda is one common component in waterfalls as the common factor.

The eye-catching Murchison, Ssezibwa and Sipi falls are worthy falls that anyone should visit before death.

The joy itself of the Ugandans at AFCON, players and fans is explainable by mere words.

When the three stanzas of the Uganda national anthem are played, it is joy unlimited.

The Ugandan flag is flying higher and higher.

In the words of the UTB Chief Executive Officer Liily Ajarova, sports tourism is a a double bottle line opportunity with business unusual with the unquestionable ability to turn around development as wee as create a positive positive synergy in the community.

The fans in Egypt also have special Uganda Cranes jerseys with the attractive inscription; “#VisitUganda”.