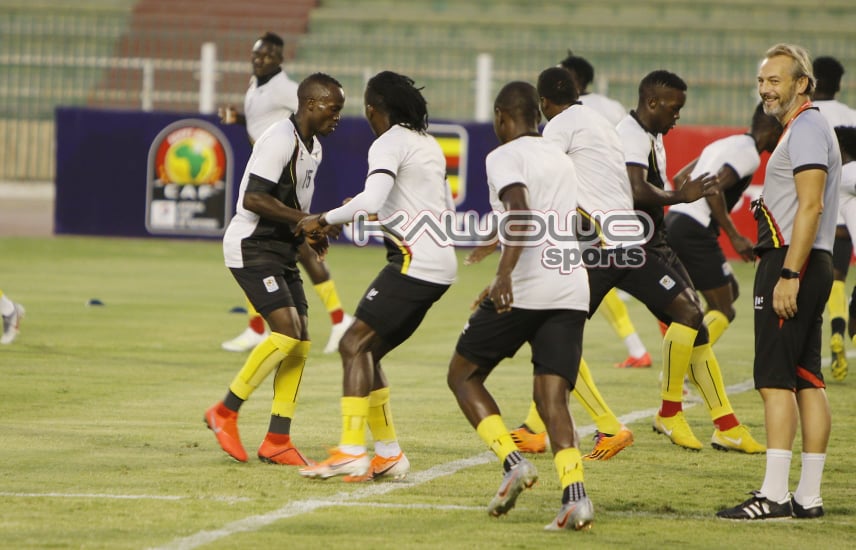 After Germany won the World Cup in 2014, all players were given up to $500,000 as a bonus. Mesut Ozil gave away all his bonus to a charity to help vulnerable children.

At the same tournament Ghana players threatened to not take the field unless they were paid all their allowances in full, the Ghana FA had to charter a plane to deliver over $300,000 in cash to avoid embarrassment.

Fast forward to 2019, African federations have learnt nothing and forgotten nothing. Zimbabwe threatened not to play their opening game against hosts Egypt unless they got their allowances but the shock has been the Uganda Cranes.

The Cranes who are on a fairy tale of sorts having qualified for the knock out stages of the tournament refused to show up for training on Tuesday due to bonus issues. Those close to the players say it’s a reverse psychology trick to make sure the players get their allowances paid in full before the tournament ends given that their next opponent is Senegal.

A statement from FUFA says that the federation has paid over Shs.55M to the players since the preparations for AFCON started.

It had become a case of my word against your word, it’s impossible to tell who is speaking the truth.

FUFA has a lot of bad press despite a lot of good they have done, I guess their success has put them in the spotlight.

Are the players only being greedy? I am sure there are players in the Cranes set up who are not moved by money but by the opportunity to represent their country. Four players on the 23 man contingent have not kicked a football in Cairo, are they also part of those asking for more money? I guess they are sticking together like a band of brothers.

This is not the first time such a situation is arising as the same sentiments ran through the camp two years ago in Gabon and some players paid with their national team careers.

In my opinion, this is most times down to communication between the management of the team and administration.

A lot of work goes in behind the scenes to make any tour successful and most times officials never want to disclose this information and without this information, players make judgement based on what they know.

From what is known, each player who took part in the qualifiers got 90M as a bonus if you add 35M that is a total of 125M a decent total to live off in Uganda. I doubt Kaddu would have any qualms over that.

The mud slugging between FUFA and the players has poured gloss on what should have been a proud moment for the team. The trending hashtag #UgandaUnited has now turned to #PayThePlayers and of course, the players have the sympathy of the public.

FUFA was never going to win when the issue was played out in the public gallery and I feel for the federation who have done well so far.

As it is, the gods of sports have to be fair and it’s very unlikely that the Cranes can overcome Senegal. While our opponents are reviewing our games for gaps, the Cranes are locked up in a debate over what is due to them.