The Uganda Rugby Cranes ended their Victoria Cup homestand with a 38-22 win over Zambia on Saturday at Kyadondo.

Robert Seguya’s men ran in five tries, scored by five different players, but it was national team freshmen who were most impressive on the evening.

Desire Ayera who stepped off the bench for injured Pius Ogena, debutant hooker Faraji Odugo and rising scrumhalf Paul Epilo who controlled the game superbly were the stars of the end-to-end game.

The concern for the technical team though is the sloppy start by the team in two successive games. Daudi Ssemwami who started on the left-wing mistimed a bounce and slipped gifting Jason Thole with a try inside three minutes.

Philip Wokorach settled some nerves with two penalties in succession before Justin Kimono crossed at the corner to put Cranes in the lead.

However, the Zambians responded quickly with Rugby Cranes sucked in to edge ahead 12-11. Shortly after, the visitors were penalised for found touch at the five and from the lineout, the Zambians resisted a driving maul but eighth man Eliphaz Emong powered over on the inside after a quick recycle and Wokorach added extras.

Debutant Faraji Odugo was at the end of a superb move to ground at the corner before Wokorach slotted in another penalty for a 28-15 lead at the break.

Philip Wokorach who thrives with the entire pitch in his view danced his way to the try line early in the second half.

The visitors then camped in Cranes territory putting together several phases but the hosts held their line but later conceded the third try.

The Zambians were trapped in an offside position and Adrian Kasito found touch near their five-meter line. After another clean lineout, the man of the match Desire Ayera pick from the maul and found space on the left to power down. 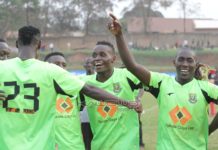 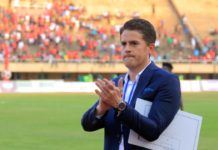