Uganda Cranes head coach Johnathan McKinstry has named the starting charges against Somalia in the second group A game of the CECAFA Senior Challenge Cup at Lugogo in Kampala on Monday evening.

There are two changes to the team that smiled 2-1 over Burundi in the opening game on Saturday.

The rest of the other players are maintained. Charles Lukwago in goal, Paul Willa at right back and Mustafa Kizza on the left flank.

The two central defenders Halid Lwaliwa and John Revita are maintained as well.

Shafiq Kagimu, Bright Anukani and Allan Okello are all in the midfield department.

Only five Uganda Cranes players Charles Lukwago, Paul Willa, Mustafa Kizza, John Revita, and Allan Okello were part of the team that won Somalia in the previous match against Somalia at Lugogo.

The match was a CHAN 2020 Qualifier which ended 4-1 in favor of Uganda Cranes. 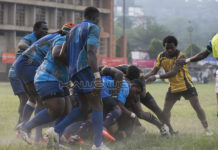 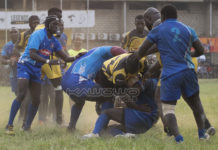