Rally drivers have continued to complain about the inefficiency of the FMU technical arm following a delay in release of the season regulations.

The 2020 season kicks off with a sprint event on 26th January at Festino cite, Mukono.

However, the technical committee has not published the regulations on which the season will run; a glitch which has been the trend for the last three years.

“Now our first event is in a week’s time. But we have nothing at all, and yet we heard the scoring system changed. Why should drivers always have to suffer because of some people’s inefficiency,” said Aaron Nsamba; a co-driver to Andy Musoke.

In October last year, a group of competitors forwarded their proposals to the Sporting Commission with a number of regulations that could be incorporated for the new season.

“We took our time and put down a few regulations that we thought could be of help to our sport. But the Sporting Commission has never got back to us about the same.

“We thought maybe they were busy working on the season’s new regs. But with this delay it clearly shows they don’t have time for the sport,” added Nsamba.

Reynolds Kibira, the Chairman of the Sporting Commission, however, says the regulations will be published this week.

“We have been reviewing the current regulations, make some additional recommendations and also ratify.

“The regulations are now under print and will be published by Friday and each crew will receive a copy then,” he asserted.

However, Kibiri shunned away from giving the reason for the continued delay.

Meanwhile, among the new regulations will be a new scoring system for the Clubman Rally and Two-wheel drive categories.

There will also be no restrictions on the type of cars to run in the Clubman Rally championship. 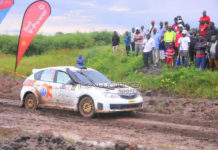 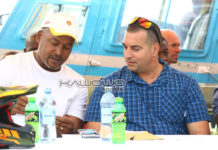