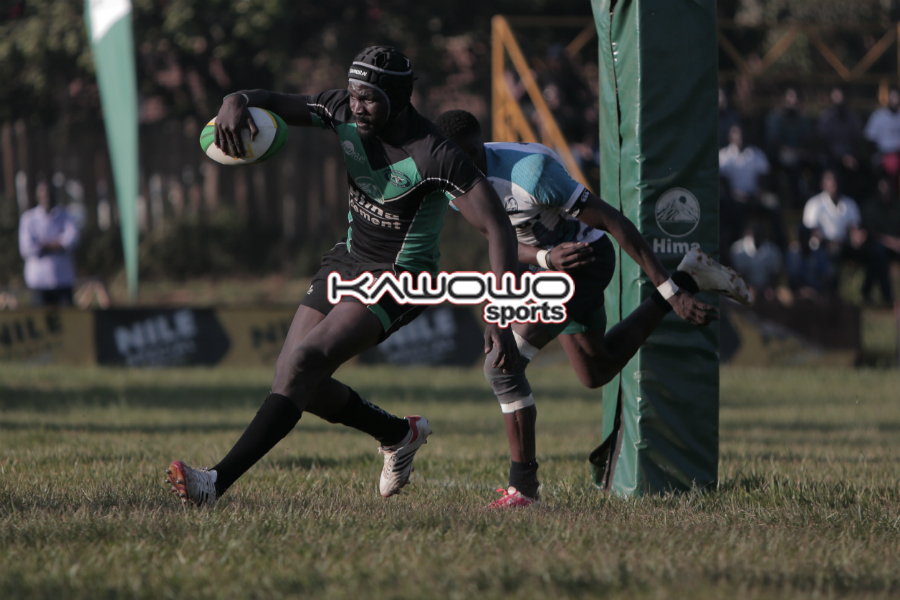 Kobs dismally collapsed in the second half of their game with Heathens to lose 33-17 and hand Mohammed Athiyo’s charges a 9-point advantage in the title race.

The visitors had a strong start to the game with Joseph Aredo scoring a penalty to give Kobs the first points of the game.

Youngster Ian Munyai then set up Ramathan Govule for a touch down in the right hand corner, Aredo, kicking ahead of James Ijongat, made no mistake with the extras as Kobs sailed in the opening 10 minutes.

Heathens scrum half Aaron Ofoirwoth responded with two penalties to cut the lead to only 4 points before Adinan Mutebi powered his way over the line for Kobs second try. Aredo added the extras for Edmund Tumusiime’s side.

Michael Wokorach, playing at 6 for the second time this season, sliced his way through the Kobs back line to score just under the uprights, Ofoirwoth, perfect on the day, converted to reduce the lead to 4 points as the two sides went into the half time break.

That was the end of the game for Kobs. Second half changes saw Adrian Kasiito replace Davis Kiwalabye while Tumusiime, for the second time this season, came off the bench to join the party, albeit with no significant impact.

Ofoirwoth connected two penalties and converted Philip Wokorach and Vicent Mose’s second half tries to give Heathens a comprehensive 33-17 win over the defending champions.

The lead put Heathens on 38 points, 9 ahead of Kobs after 8 rounds of games.

Heathens are still unbeaten in Athiyo’s first 8 league games while Kobs lost their second of the season.

Tumusiime was also handed his first loss as Kobs coach having won all his first three games since taking over at the club. 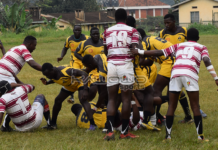 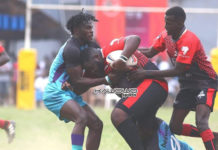 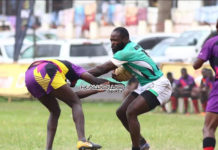