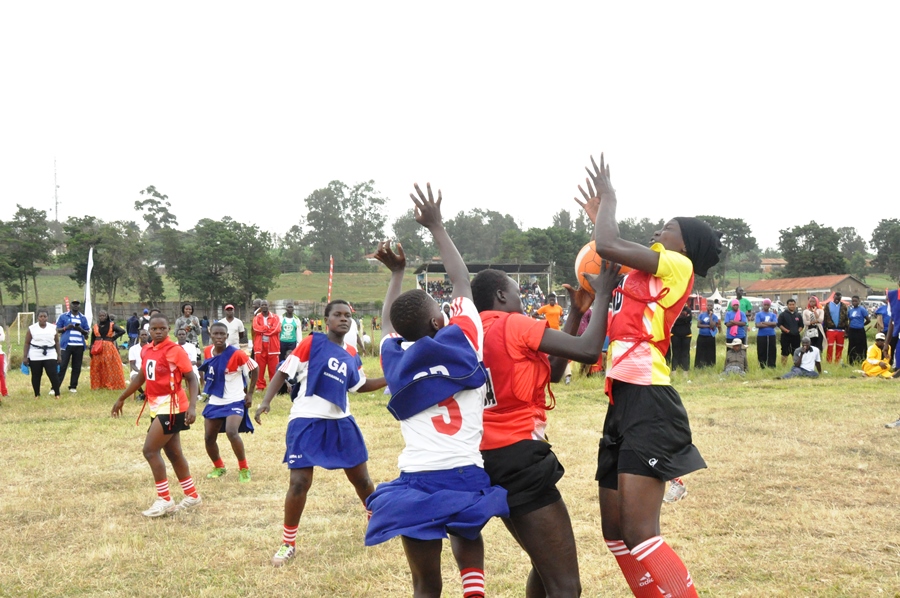 On Tuesday, 27th March 2018, the tournament organizers have been boosted with a financial package of Shs. 6.840,000 M (Six Million and eight hundred forty thousand) from Tropical bank.

The ceremony took place at the bank offices, Lugogo Sub branch in Kampala ahead of the games played by schools with a muslim background.

A Relationship management manager at the bank Morris Mugwiri, lauded the UMEA games organizing committee members and the media.

We are happy to join hands with the organizing team of the UMEA Solidarity games. Sports has been significant to our country and its contribution. Let us embrace it wholesomely.

It is a big opportunity that you can not underrate. As a bank, we want to give back to the society through sponsorship of games as this UMEA tournament.

Let us create a symbiotic relationship for the betterment of the project. Tropical Bank will continue to support the UMEA games.

Hajji Twahil Kiteezala, the chairperson of the UMEA Games organizing appreciated Tropical Bank Limited for the generous offer, an incentive that will the games prosper for the better.

We are grateful for the financial contribution from the sponsors

We shall remain loyal to the Bank. The games have helped us build national character. We thank the students, games teachers, parents and the other partner

A total of 41 schools have already confirmed participation for the four day’s championship that will be hosted at Nkoma Secondary school, Mbale District according to a top official, Hajji Hussein Luwembawo Kyagulanyi.

“All the schools are expected to report at Nkoma S.S in Mbale on Thursday, 29th March 2018 for registration, screening and to be allocated where to stay during the games” Hajji Luwembawo stated.

The official opening ceremony shall be held on Friday, 30th March 2018 at Mbale Municipal Stadium.

The Mbale main stadium will be used alongside other playing fields.

Bulambuli Member of Parliament and Minister of Energy and mineral resources, Hon. Irene Mutoni is the confirmed chief guest.

Sports power house Kibuli Secondary School is the record champion for the UMEA Games since inception  in 2007.

All the different sporting disciplines winners in 2017: