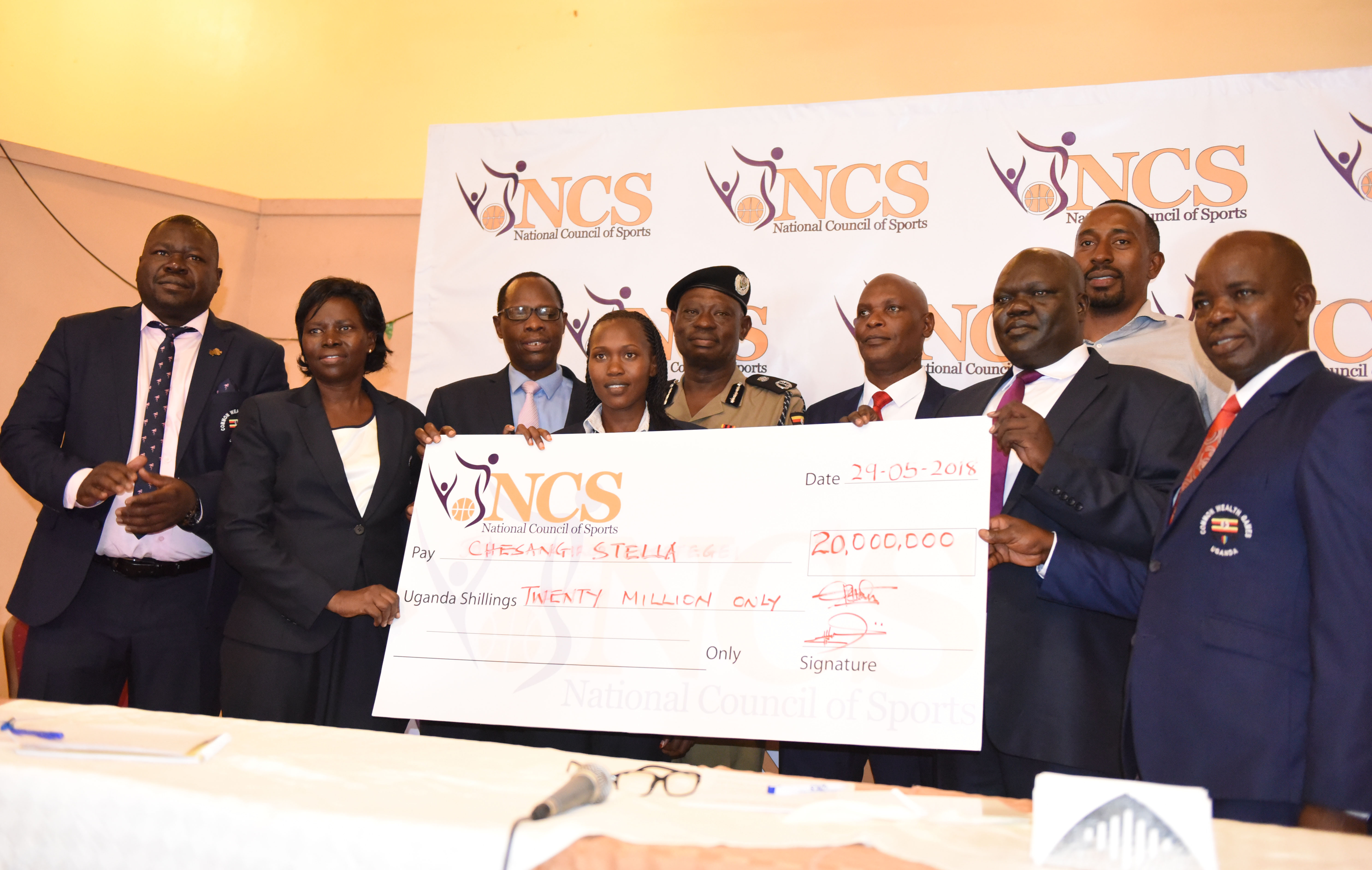 All the five Ugandan sportsmen who won medals at the 2018 Commonwealth games in Australia have been rewarded with a total kitty of Shs. 100M (cash) by the National Council of Sports (NCS) on Tuesday.

This was during a function held at the Copper Chimney Restaurant in Lugogo, Kampala.

Cheptegei pocketed a lion’s share of the money with Shs. 50M.

Chesang was rewarded with Shs. 20M, Mutai got Shs. 15M as the bronze medalists Chelengat and Miiro each got Shs. 7.5M.

NCS chairman Bosco Onyik accompanied by the board members and three of the federation heads (Boxing, Athletics and Basketball) handed over the money to the athletes.

Onyik described the rewarding moment as a new chapter in the history of sports in Uganda;

The act of rewarding sportsmen by the National Council of Sports in Uganda has opened a new chapter. This is in recognition of those who have done well to carry the national flag while on duty.

Onyik also praised the President of Uganda, Yoweri Kaguta Museveni for his open interest in the development of sports in Uganda.

Onyik also hinted on NCS’ initiative of further developing sports in the country;

We are eyeing the improvement of sports facilities in Uganda. Also, NCS tripled the budget to national sports federations.

Speaking on behalf of the winners, Cheptegei appreciated National Council of Sports (NCS) for the initiative of rewarding athletes who have excelled.

We are proud and happy by National Council of Sports (NCS) for this offer. We shall continue to perform well and improve on fitness levels. We also ask God to continue giving us favour.

Acting secretary general Bernard Patrick Ogwel, Zubair Ggaliwango, David Semakula Katende are some of the other NCS officials who attended the brief ceremony.

The athletes were later treated to a luncheon at Café Javas, Kamwokya.

How the CommonWealth medalists were rewarded: