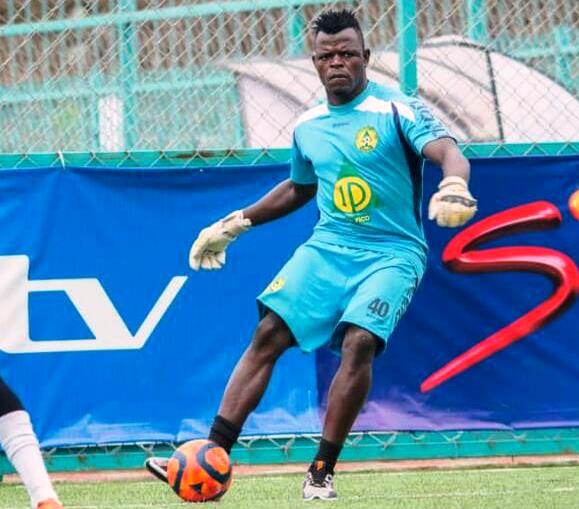 Without any minute to his name at his new club Kakamega Home Boyz F.C in Kenya, goalkeeper Mathias Kigonya has further sought for greener pastures in Zambia.

The diminutive shot stopper has moved to Forest Rangers Football Club in the Zambia Premier League.

The development will come as a shock to Kakamega Home Boyz given the fact that he has hardly featured for the Western Kenya based club since he quit Sofapaka Sports Club.

Kigonya’s move to Zambia was brokered by his agent Simon Wasswa, who is based in Kampala, Uganda.


It is indeed true that goalkeeper Mathias Kigonya has moved to Zambia at Forest Rangers Football Club. He has been training with the club for the past week and will complete the move in the coming hours after a mutual agreement between Kakamega Home Boyz management and his new bosses to be.

Kigonya is expected to pen a two year deal with the Ndola based club that hosts their home games at the Levy Mwanawasa stadium.

He has already excelled and satisfied the technical team at the club also christened as ‘Fole Malembe’.

Kigonya is expected to beef the goalkeeping department of the Zambia Forestry and Forest Industries Corporation (ZAFFICO) Limited funded club.

He transferred to the Kenya Premier League with Sofapaka before handing in a transfer request to join Kakamega Home Boyz where has not played any league game.

He has been also been capped 12 times with the Uganda Cranes.

In Zambia, he joins a couple of other Ugandans.