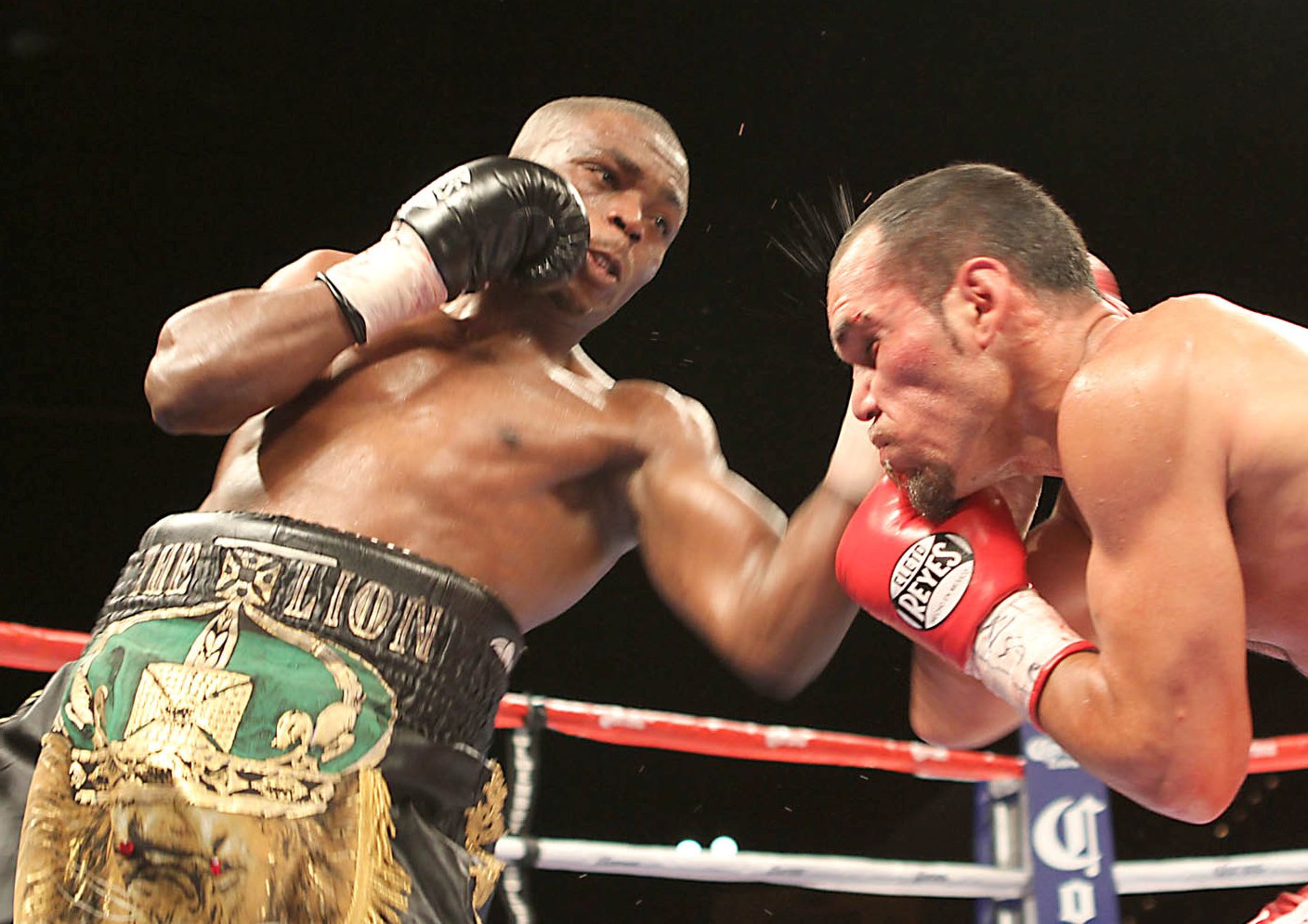 In fact, the Dominican Republic fighter had scored a questionable knockdown of Bogere during the sixth round of a fight Showtime televised as part of the the Gervonta Davis-Hugo Ruiz undercard from Dignity Health Sports Park.

It was sloppy and often ugly fight where fans booed as early as the second round because none of the fighters could really attack.

Bogere seemed to have a slight advantage in the first five rounds, winning three of them, before fading out.

Bogere was cut on a clash of heads in the sixth round, and later was ruled down in that same frame.

Referee Edward Collantes still counted it as a knockdown because Bogere’s right knee touched the canvas.

As Bogere protested, he still lost a point.

The knockdown call was questionable at best, and seemed to be more about the fighters getting tangled up.

Fortuna, a former secondary titleholder at both 126 and 130, said after the fight that he’d like to face Gervonta Davis, Vasiliy Lomachenko, or “any of them,” meaning the top fighters around the 135-pound division.

It was the first really serious fight that Bogere had been in since his March 2013 loss to Richar Abril.

For Fortuna, he fought for the first time since he suffered head and neck injuries during his fight against Adrian Granados on June 16 in Frisco, Texas (that fight was declared a no-contest).

Bogere is under the management of the May Weather promotions.