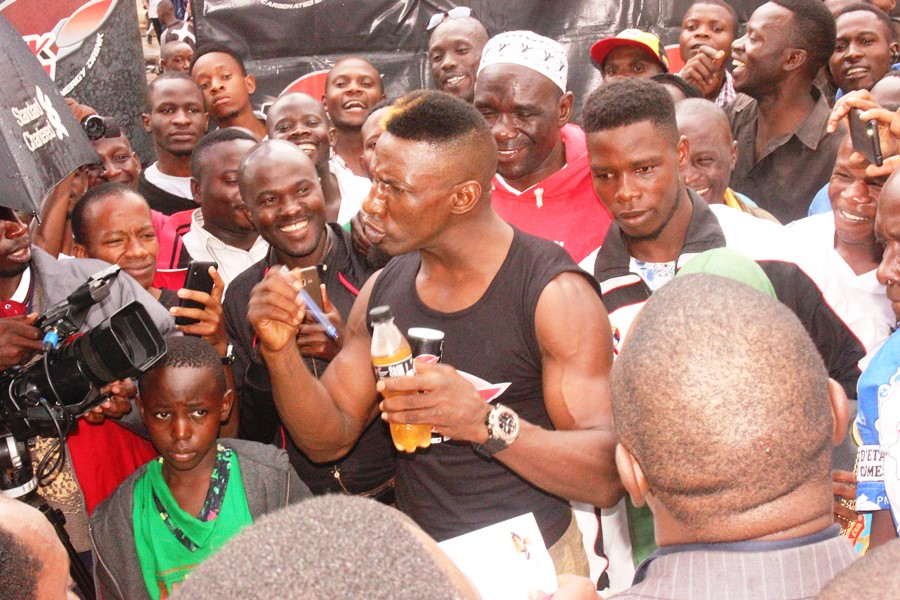 The long awaited boxing fight between Moses “Of Uganda” Golola and Abas Kizito “Kasumali” Ongom has been confirmed for the National Heroes Day, 9th June 2019 along the busy Wilson street in the heart of the capital city, Kampala.

This fight, which had been scheduled earlier but it did not materialize will be unique in a way of because of its venue.

To set the ball rolling, a special press conference has been held at the exact proposed venue (Wilson Street) on Thursday, May 23, 2019.

Business in the Kampala city Central Business District (CBD) came to a standstill during the entire duration of the press conference as the sports journalists engaged Golola, Kasumali as well as the organizers.

Golola Moses is not a joking subject. Kasumali has been buying time but it is time to face him and beat him up

He is just one person who talks a lot. I will rain him with punches because I have prepared well for this fight.

Uhuru promised good security, before, during and after the fight with a call for the masses to grace the bout that will have under-cards as well.

This fight is historical in nature. It will be the first one to happen on the streets. Security is well guaranteed and all the organization is moving on well. The fighters are in shape

Step by step promotions of Sam Ggombya is at the helm of the entire organization.