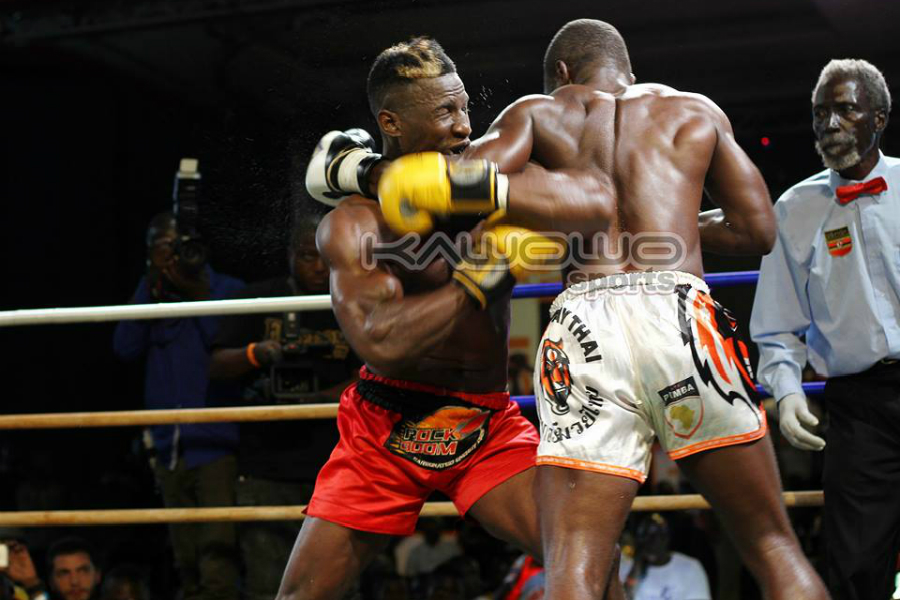 It will take another attempt for the long-awaited fight between Moses Golola and Abbas Ongom alias Kasumali to take place after the organisers have cancelled the bout that had been slated for 9th June 2019.

Boxing promoter Eddie Gombya who was behind the Heroes Day fight confirmed cancellation of the event citing breach of contract on Golola’s side.

Just this week on Tuesday, motor-mouthed Golola signed to have another fight, a rematch against Umar Ssemata something Gombya feels was wrong.

“It was totally wrong for him (Golola) to go and confirm another fight just days to mine. Therefore for the good of both parties, we have agreed to call off the fight,” said Gombya of Step by Step promotions.

Asked if he will ask for compensation for the losses incurred, Gombya indicated he will take this as a deal gone bad and move on.

“We had almost cleared everything including Uganda Professional Boxers Federation, KCCA and Police but shall not ask for compensation from Golola because I take him as my son.

“When I got to know of the Golola-Ssemata fight, I called him and his promoters but they didn’t bother to pick up.”

This is the second time this fight has been called off.

Initially, it was supposed to take place on Boxing Day last year but flopped because of the difference in weights of the two fighters.