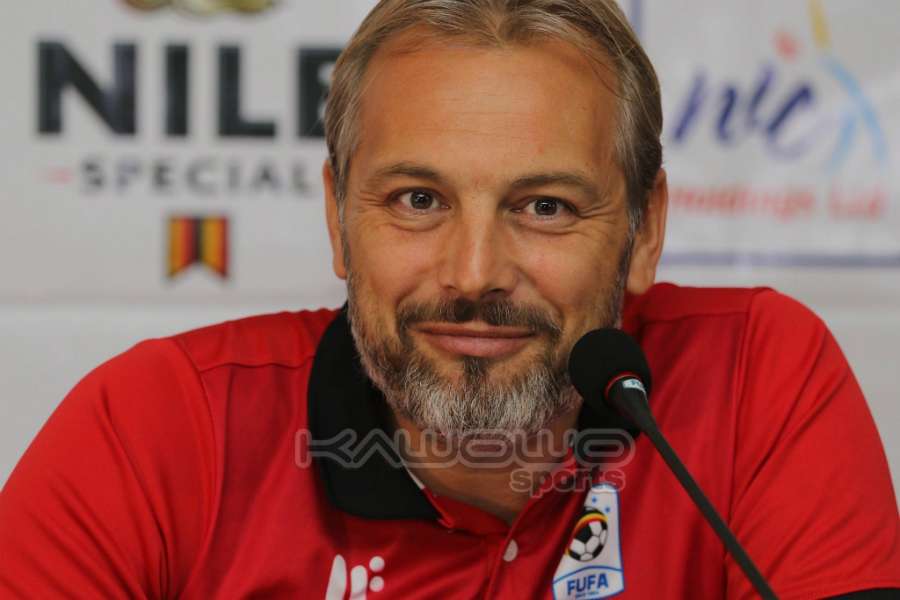 Home Football Give me a reason to select you in final AFCON 2019 squad,...
Facebook
Twitter
WhatsApp
Email
Telegram

Uganda Cranes head coach Sebastien Desabre has tasked each of the 26 players currently pitched camp in Abu Dhabi in preparation for the 2019 AFCON finals to front their respective cases and justification for making the final 23 man squad.

The Uganda Cranes has since the end of June been camped in Abu Dhabi as they polish up their preparations for the biennial championship.

Everything is moving on very well but I don’t expect any one of you to relax. We have two friendly matches on 9th and 15th June before we fly out to Egypt. Give me every reason to pick you in the final squad. The mind and body of each player in camp must remain focused to make my work very easy when selecting the final 23  man squad next week

Desabre and the technical team will announce the final 23 man squad next week to meet the set deadline of the 11th June 2019, 10 days before kick off of AFCON in Egypt.

Only Montreal Impact’ midfielder Michael Azira, a member of the Uganda Cranes at AFCON 2017 in Gabon and goalkeeper Charles Lukwago are the remaining two players yet to join camp.

Lukwago is now in Kampala after he returned with the rest of the Uganda Cranes’ players from COSAFA 2019 in South Africa.

Uganda Cranes is pooled in group A alongside the hosts Egypt, Democratic Republic of Congo and Zimbabwe.