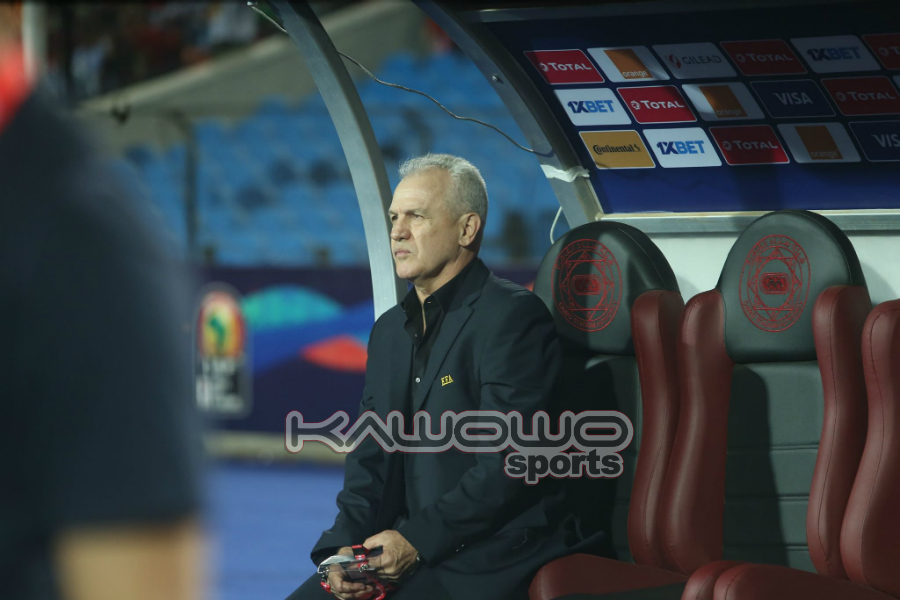 The head coach of the Egypt Pharaohs Javier Onaindia Aguirre was sacked, just hours after the embarrassing elimination from the 2019 Africa Cup of Nations.

Egypt suffered a shocking elimination from the tournament before over 75,000 fans, falling 1-0 to South Africa at the Cairo International Stadium on Saturday, 6th July 2019.

Christopher Lorch Thembinkosi scored in the 85th minute of the game to stun the hosts in arguably the biggest shock at the championship.

Popularly nicknamed El Vasco (The Basque), the 60-year-old Mexican was relieved of his duties along with the entire technical team.

Aguirre had succeeded Hector Cuper who parted ways with Egypt following a poor performance in the 2018 FIFA World Cup.

He had initially signed a four year deal with the Pharaohs, earning a monthly salary of $120,000.

Aguirre had promised before the start of the tournament that anything less of the title would render him jobless.

He had also previously coached national teams Mexico and Japan as well as taking charge of several Spanish sides including Atletico Madrid and Espanyol.

Relatedly, the Egypt FA president Hany Hassan Abou Rida also stepped aside after the shocking loss at the round of 16.

Rida is also a FIFA Council member since May 2017.