Without doubt, Fred Tamale is a legend at Express FC and believe me, he is one of the most gifted players Uganda has ever produced.

Born to George William Kikabi and Teopista Zawedde in 1972, Tamale never took football seriously but later became a star to the surprise of many. Talk of Fred Tamale’s prowess in Uganda’s football circles and everybody around will nod his head in approval.

He went to Jinja Kaloli Primary school and later joined

Sam Iga Memorial School where he completed his “O” Level. After completion of ordinary level, Tamale joined Kololo SS for “A” level.

Tamale started his football career at local side Kazo United FC but while at Kololo SS where he was part of the school team; his impressive displays for his school caught the eye of Afro Motors FC a first division side which signed him in 1989.

The midfielder was later snatched by newly promoted side then Bell FC that was coached by Polly Ouma as the 1989 season was coming to an end. At Bell FC, Tamale joined current SC Villa Coach Mike Mutebi and plus Fred Mugisha.

The new boy impressed and instantly got a starting berth in the team as one of the creative forces of the side and also popped up with a number of goals for the club and due to his ability to beat defenders at ease, Ouma switched him to spear head the Bell FC attack.

The 1992 season saw Tamale develop into one of the most sought after player in the league with KCC FC and Express FC vying for his signature. Despite his childhood love for the Lugogo based side, he signed for the Red eagles.

Tamale immediately established himself into the Wankulukuku based side and became the club’s main creative force playing behind the main striker Isa Ssekatawa. The duo formed a deadly partnership and during that 1993 season, he netted an amazing 14 goals finishing as the club’s top scorer.

His goals helped Express FC to their first league title in 18 years. In fact he scored the only goal in a 1-all draw against rivals SC Villa at Wankulukuku that decided the destiny of the title.
The following year, his impressive performances guided the club to the Kakungulu Cup (Bell Uganda Cup).

Together with Phillip Obwiny and Joseph Mutyaba, the trio almost signed at English side Portsmouth that season but somehow the deal was unsuccessful.
Back at Wankulukuku, Tamale remained a crucial part of the team that was now targeting continental glory but a knee injury ruled him out of the first leg of the semi-finalsagainst South Africa’s Orlando Pirates which his side lost 2-1. Despite appearing in the second leg, he could do little to save his side which bowed out of the competition on a 2-3 aggregate. He however guided the club to that season’s league title.

In 1997, he left Express FC to join a side in Oman but shortly returned to guide the side to the Kakungulu cup trophy later that year.
At the start of the 1998 season, Tamale who had now resettled well into the side made history when he scored the lone goal as Express FC thumped rivals SC Villa in a league opener at the newly opened Mandela national stadium Namboole. This was the first official goal scored at the stadium.

In 1999, Tamale left the club for paid ranks in Oman where he played for Al Ahly Sports Club and later moved Vietnam where he had a stint with Danang FC. He quit football in 2000.

Fred Tamale made his Uganda Cranes debut in 1991 in a friendly game away to Sudan in Khartoum remains one player who always failed to produce club form at national level. Nevertheless, he was part of Uganda Cranes side that won the Cecafa Senior challenge cup in 1992 in Tanzania.

Against SC Villa in a league opener at Mandela Stadium Namboole, Fred Tamale won possession in the centre of the pitch and neatly passed the ball to winger Kassim Katumba on the left before escaping his markers in anticipation of a return pass which he received and unleashed a stunning half volley that left custodian Ibrahim Mugisha glued to his line. It was a goal worth winning a match and it actually did.

What people say about Fred Tamale:

“He was from another planet. I don’t remember seeing him miss in one on one situation. He was always calm in front of goal and made scoring look easy at times”, retired FIFA assistant referee Ali Tomusange on Tamale.

“Just when you expected him to shoot, he would often first feint the goalie before slotting in an empty net. He had the ability to bamboozle defenders in a blink of an eye, using superb close control to wriggle out of tight spots”, respected veteran journalist Hassan Badru Zziwa of the Observer Media Ltd

“Fred Tamale is one of the most technically gifted player I have ever watched play. I have watched a lot of good players in Uganda but him and Fred Kirinya were a class act. He had everything you wanted from player technically”, current Express FC Coach Moses Basena. 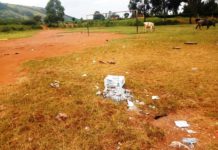 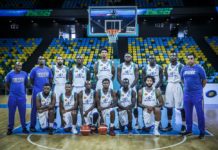 Were City Oilers unlucky at BAL Qualifiers or simply not good enough?