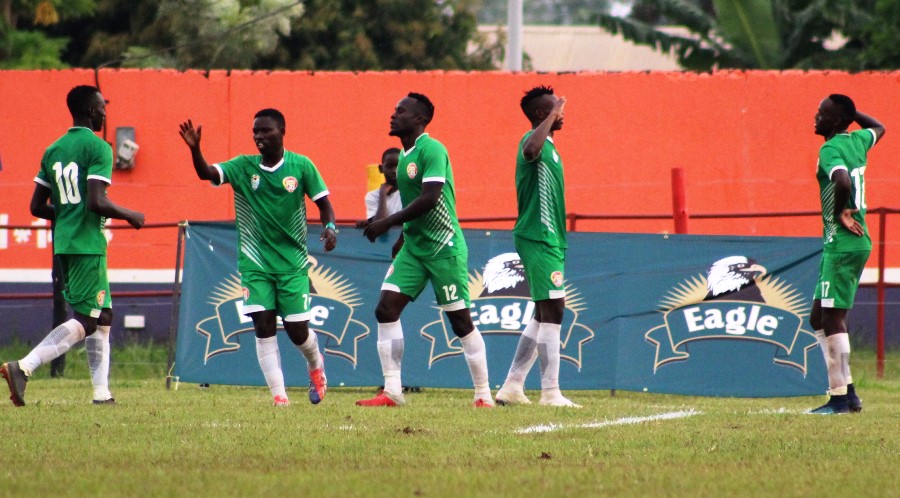 The dance is normally perfected during times of happiness as the Bagisu people initiate teenage boys into adulthood with circumcision in a ceremony culturally tagged “Imbalu”.

The Kadodi dance was performed in the aftermath of Bugisu’s 4-3 win over Busoga at the Pece War Memorial Stadium in Gulu Municipality, Northern Uganda on Wednesday.

The victory meant that Bugisu became the third province to qualify for the semi-finals to join Lango and Bukedi.

Bugisu’s Makumba scored his third goal of the competition following his match winner against West Nile on Monday at the new Akii Bua Stadium, Lira.

Makumba was also named man of the match, earning Shs 100,000 and a plaque.

With two wins, Bugisu now has six points and qualifies alongside Lango to the semi-finals.

Meanwhile, at the new Akii Bua Stadium in Lira, hosts Lango lost their first game in the new format of the quarters falling to West Nile.

Fahad Badiro netted the consolation for Lango. West Nile forward Tabu was man of the match.

The quarter finals climax on Thursday when already eliminated Buganda will be playing for pride against Tooro at the Akii Bua stadium in Lira.

The players showed a great degree of determination, coming from down to win the game. We showed character and I call for the same spirit when we play the semi-finals.