In a statement released by the club, Yanga thanked Balinya who they signed from Police FC in June for his services and wished him all the best wherever he goes.

“We thank Balinya for his service for the time he has been at the club and wish him all the best in his football life wherever he goes,” said Yanga’s statement.

The statement came out one day after reports of the club going a couple of months without paying players’ salaries that had made Balinya and other foreign players uncomfortable at the club.

Club Chairman Mshindo Msolla admitted the club is struggling financially and admitted it was the reason they had also released Namibian striker Sadney Urikhob but turned down a request by Ghanaian defender Lamine Moro.

“[Urikhob] requested to leave and the management had no other option but to release him but [Moro] is still our bona fide player and we caution any club which is considering signing him should first consult Yanga,” Msolla is quoted by Daily News.

The Chairman opened up about TZ Shillings 2bn budget which he blamed on the previous leadership that left the club indebted and assured the fans that no coin has been embezzled.

“I can assure the club members and fans not a single cent has been embezzled or misused,” Msholla continued.

“It should be known that ever since we took charge, we have been paying the debts we inherited from the past leadership and at the same time, trying to keep the club moving ahead, which has not been that easy for us simply because we spend more than we generate.”

Debts to the Tanzania Revenue Authority totalling to over TZS 800m were inherited as well as a debt of over TZS 250 million to offset players’ sign on fees and coaches’ unpaid salaries revealing that previous coaches Hans van der Pluijm, Juma Mwambusi, and George Lwandamina, as well as Cameroonian goalkeeper Youthe Rostand demand the club over TZS 260 million.

Zambian striker Obrey Chirwa and Zimbabwean Donald Ngoma also had payment claims amounting to 100m, all of which the current Yanga leadership had to settle.

“It was unfortunate we found some players were not paid their salaries for eight months, while the club also owed several individuals 217m, all of which the leadership is required to settle,” Msolla confirmed Msolla.

Yanga is regarded as one of the biggest clubs not only in Tanzania but East Africa as well and have previously attracted talent from across the continent. 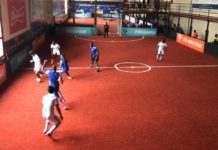 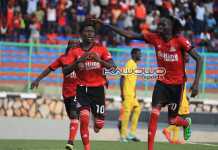 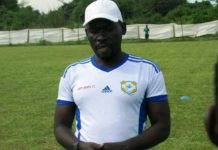